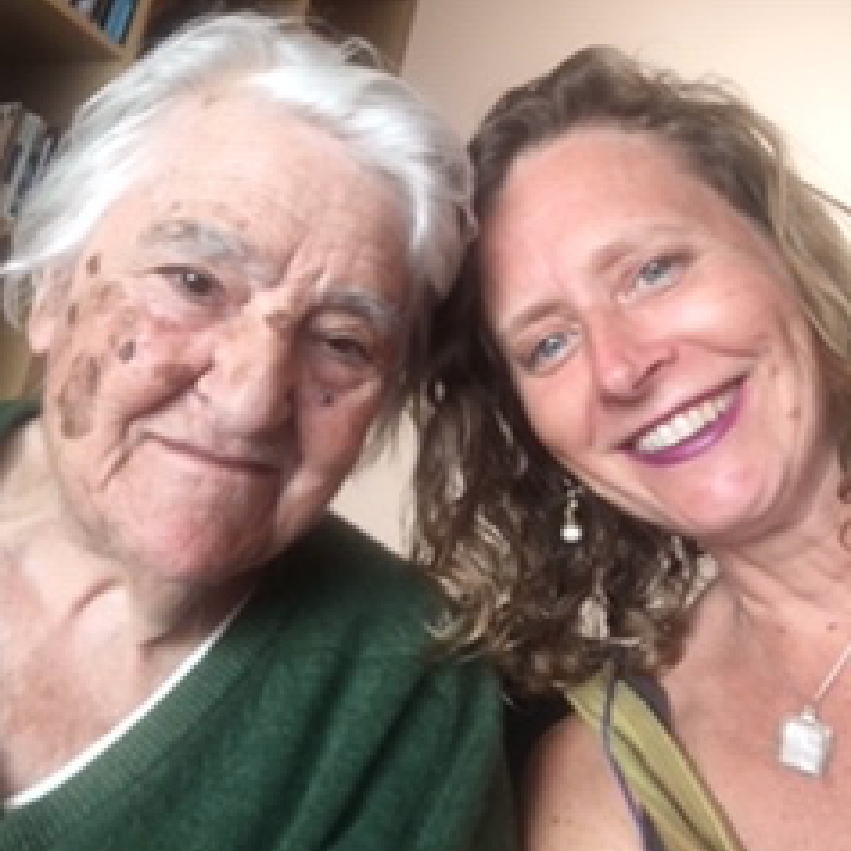 This bilingual program brings together legendary poet and painter Etel Adnan with poet and translator Sarah Riggs in a collage of readings from Time in French and English and images of Adnan’s paintings. Special thanks to Marie Regan for the audio recording of Etel Adnan, and for providing text in French. Painting images courtesy of Etel Adnan and Callicoon Fine Arts. Photographs courtesy of Sarah Riggs.

Poets House Presents is a series of 10 minute readings by poets that are posted on Twitter, Facebook, IGTV, and YouTube and our Archive, on Wednesdays and Fridays at noon.

Sarah Riggs is the author of six books of poetry in English: Waterwork (2007), Chain of Minuscule Decisions in the Form of a Feeling  (2007), 60 Textos (2010), Autobiography of Envelopes (2012), Pomme & Granite (2015) and most recently, Eavesdrop (2020). She has translated and co-translated six books of contemporary French poetry into English, including most recently Oscarine Bosquet’s Present Participle and Etel Adnan’s Time, winner of a Griffin and Best Translated Book Award, and nominated by PEN and Lambda. Sarah Riggs lives in Brooklyn, NY.

Etel Adnan was born in Beirut, Lebanon in 1925. She studied philosophy at the Sorbonne, U.C. Berkeley, and at Harvard, and taught at Dominican College in San Rafael, California, from 1958–1972. In solidarity with the Algerian War of Independence (1954–1962), Adnan began to resist the political implications of writing in French and became a painter. Then, through her participation in the movement against the Vietnam War (1959–1975), she began to write poetry and became, in her words, “an American poet.” Adnan is the author of more than a dozen books in English, including Sea and Fog (2012), winner of the Lambda Literary Award for Lesbian Poetry and the California Book Award for Poetry. In 2014, she was awarded one of France’s highest cultural honors: l’Ordre de Chevalier des Arts et Lettres. Her paintings have been widely exhibited, including at Documenta 13, the 2014 Whitney Biennial, and The New Museum.