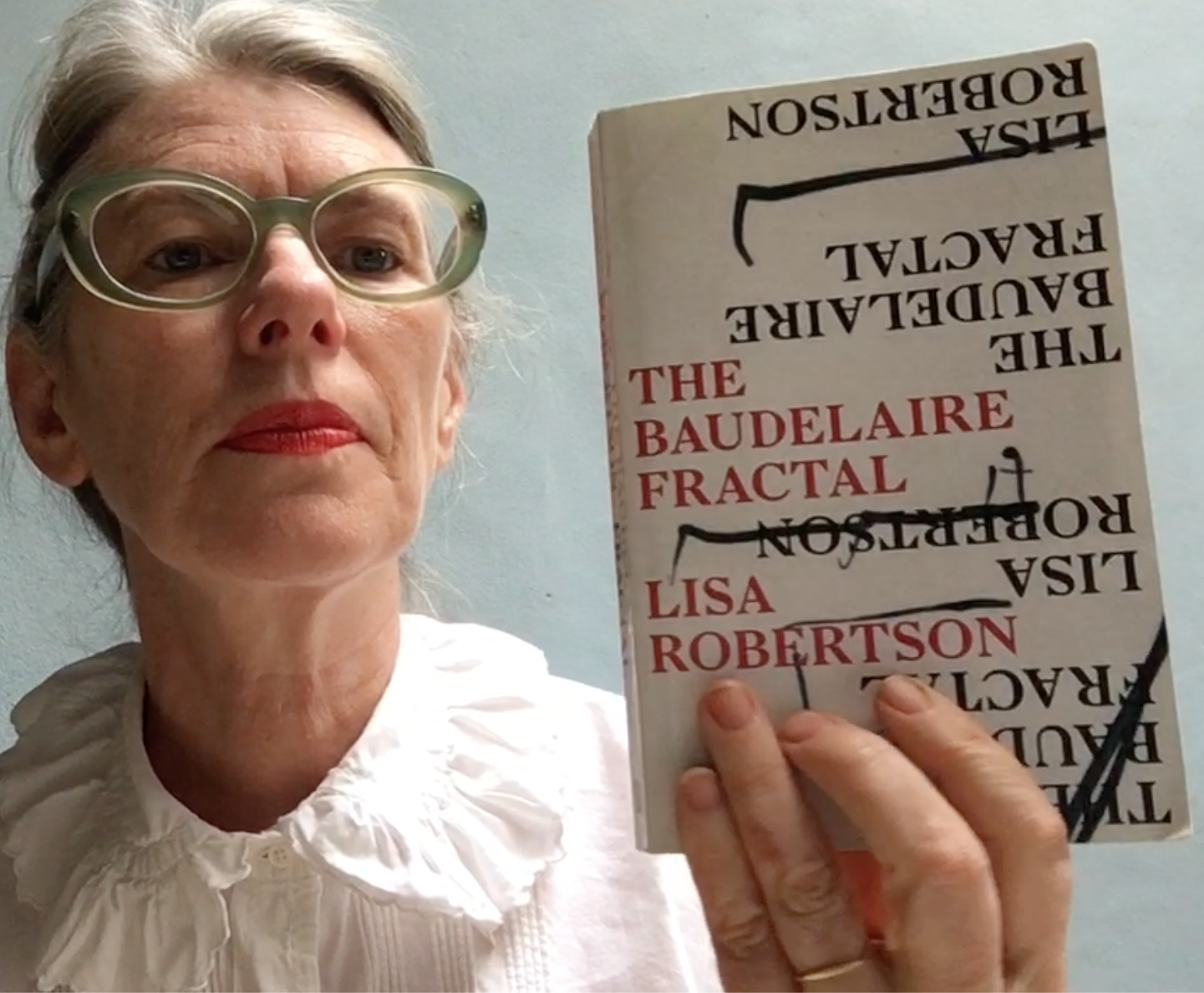 Lisa Robertson is a Canadian poet and essayist currently living in France. Born in Toronto in 1961, she was a long-time resident of Vancouver, where in the early nineties she began writing, publishing and collaborating in a community of artists and poets that included Artspeak Gallery and the Kootenay School of Writing. She has continued these activities for 30 years, publishing books, leaflets and posters, translating poetry and linguistics from French, lecturing and teaching internationally, and continuing her ongoing study into the political constitution of lyric voice. In 2017 she was awarded an Honorary Doctorate in Letters by Emily Carr University of Art and Design, and in 2018, the Foundation for the Contemporary Arts in New York awarded her the inaugural C. D. Wright Award in Poetry.