Principles of Excellence in Poetry

Sponsored by the Association of Literary Scholars, Critics, and Writers 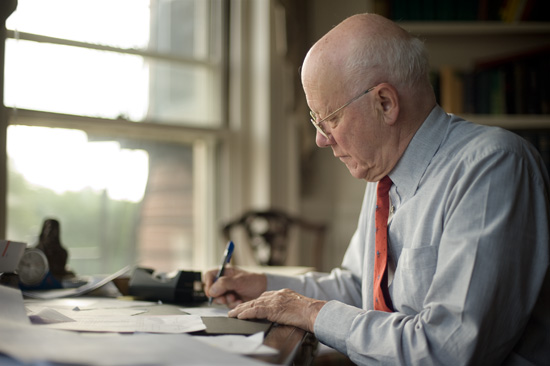 Three short talks leading to a conversation with the audience by a panel featuring Christopher Ricks, J. Allyn Rosser and Paul Keegan; moderated by Edward Mendelson.

Christopher Ricks teaches at Boston University. He was Professor of Poetry at Oxford from 2004 to 2009. His books of literary criticism include Milton’s Grand Style I (1963), Keats and Embarrassment (1974), Allusion to the Poets (2002), and True Friendship: Geoffrey Hill, Anthony Hecht, and Robert Lowell Under the Sign of Eliot and Pound (2011). His editorial work includes The Poems of Tennyson (1969), The Oxford Book of English Verse (1999), and Joining Music with Reason: 34 Poets, British and American, Oxford 2004-2009 (2011). With Jim McCue, he is editing The Poems of T.S. Eliot, a full critical edition, to be published in 2013.

Description of Talk by Christopher Ricks:

The question for each of us on this occasion is how one might set about making good the claim that a particular poem is good (or bad, as the case may be). A disagreement with a respected critic would be a valuable starting point. John Crowe Ransom, a fine poet as well as a fine critic, argued that the rhyming within Thomas Hardy’s “Wives in the Sere” is pompous and pedantic. What would count as evidence that Hardy was in the right, and Ransom in the wrong?

J. Allyn Rosser’s most recent collection of poems is Foiled Again (2007), which won the New Criterion Poetry Prize. Her two previous books are Misery Prefigured (2001) and Bright Moves (1990). She has received awards and fellowships from the Guggenheim Foundation, the Poetry Foundation, the Lannan Foundation, the National Endowment for the Arts, the New Jersey State Council on the Arts, and the Ohio Arts Council. She teaches in the creative writing program at Ohio University, where she edits New Ohio Review.

Some recent scholars believe that the performative aspect of Donne’s poems undermines any expression of piety in the Holy Sonnets or sincerity in the love poems. Jill Rosser will discuss the relation between theatricality or rhetorical/syntactical play and depth of feeling.

Paul Keegan is poetry editor at Faber & Faber in London. He has edited The Penguin Book of English Verse (2000) and The Collected Poems of Ted Hughes (2003).

Description of Talk by Paul Keegan:

Edward Mendelson is W.H. Auden’s literary executor and is the Lionel Trilling Professor in the Humanities at Columbia University. His books include Early Auden (1981), Later Auden (1999), and The Things That Matter: What Seven Classic Novels Have to Say About the Stages of Life (2006).