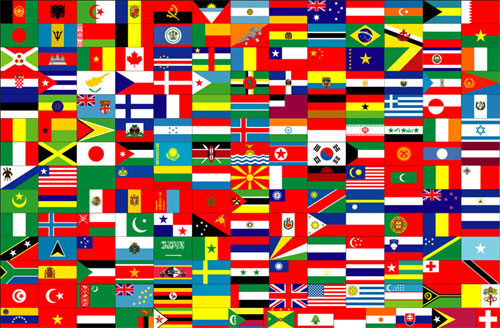 Poets House welcomes six poets currently in residence at the International Writing Program at the University of Iowa to share their work and discuss their experiences as writers in Russia, China, Hungary, Burma, and Finland. This intimate afternoon affords New Yorkers the opportunity to hear from a remarkable group of emerging and renowned international poets.

Dmitry Golynko (poet; Russia) has five books of poems: Homo Scribens (1994), The Directory (2001), Concrete Doves (2003), As it Turned Out (2008), and most recently What It Was and the Other Arguments (2013). His poetry has been widely translated and appears in numerous magazines, journals and anthologies, including Graywolf Press’s New European Poets (2008). A researcher at the Russian Institute of Art History, faculty at St Petersburg University of Cinema and TV, and a contributing editor at Moscow Art Magazine, he publishes extensively on contemporary art and cinema.

Dénes Krusovszky (poet, translator; Hungary) is the editor of the literary quarterly Ex Symposion and of the JAK World Literature Series, featuring contemporary foreign fiction and poetry in Hungarian. He has published three volumes of poetry, Az összes nevem [All My Names] (2006), Elromlani milyen [How it Feels to Go Wrong] (2009), and A felesleges part [Indeed Shore] (20110, for which he was awarded the József Attila Prize. His recent translations include the work of Aritage, Ashbery, Cohen, Collins, Hall, Hughes, Kooser and O’Hara.

Zeyar Lynn (poet, translator; Burma/Myanmar) is the author of seven poetry collections including Distinguishing Features (2006), Real/Life: Prose Poems (2009), and Kilimanjaro (2010). He has translated John Ashbery, Charles Bernstein, Donald Justice, Sylvia Plath, Wislawa Szymborska and Tomas Tranströmerm as well as many Chinese, Japanese, Australian, East European and Russian poets. Since 2005, he has organized and hosted the annual UNESCO World Poetry Day event in Yangon. One of the editors of the quarterly Poetry World, Zeyar Lynn teaches English at a specialized language school.

Teemu Manninen (poet; Finland) is a critic for Helsingin Sanomat, a columnist for the website Books from Finland, a producer of the Helsinki Poetics Conference, a frequent creative writing teacher, and a coordinator for the publishing cooperative Osuuskunta Poesia. A co-editor of Suomalaisia nykyrunoilijoita 2, an encyclopedia of contemporary Finnish poets, Manninen is the author of five poetry collections, including Säkeitä [Verses] (2010), Futurama (2010, winner of the 2010 Tiiliskivi Prize), and most recently Paha äiti [Bad Mother] (2012).

Wang Jiaxin (poet, translator, scholar; China) is the author of five poetry collections, ten books of critical essays, and a translator of, among others, Paul Celan. Among his edited anthologies are a volume of Yeats’ works, three collections of 20th century European and American poetry, and two of contemporay Chinese poetry. His first collection of poems in English, Darkening Mirror: New and Selected Poems, is being readied for publication. Wang Jiaxin is a professor at Renmin University (Beijing) and the director of its International Writing Center.