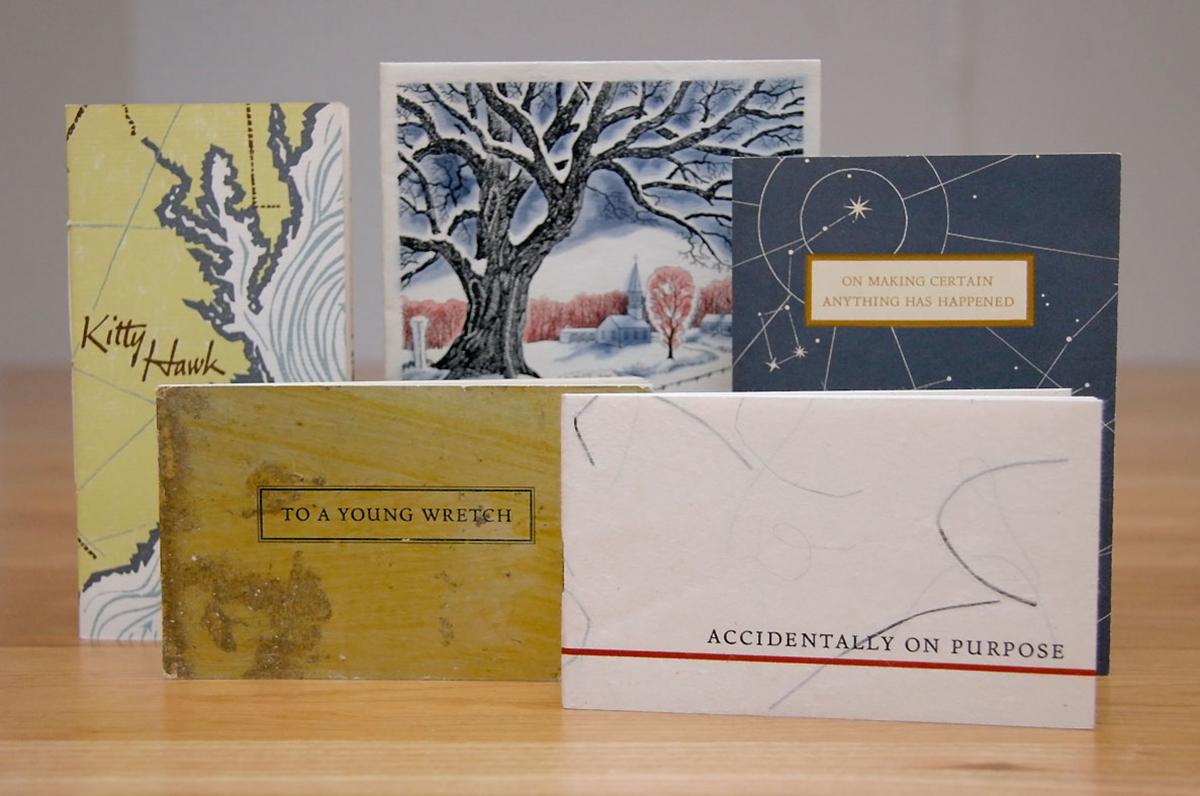 This intimate exhibition features beautiful, illustrated chapbooks of Frost’s poetry published by Spiral Press and sent out as holiday greetings by the revered poet as well as by his publishers, collectors and friends.

Master printer Joseph Blumenthal of Spiral Press printed 275 of the first Robert Frost Christmas cards in 1929 as a holiday greeting for himself, Henry Holt and Company (one of Frost’s publishers) and two Holt executives. Blumenthal forgot to print any for the poet, who subsequently charged Blumenthal with the task of retrieving a half a dozen cards for him to use. The next holiday chapbook was published in collaboration with Frost in 1934 with a print run of 775 and became an annual publication until 1962.

The display at Poets House comprises a gift from Frank Platt, long-time Vice President (and founding member) of the Poets House Board, and augmented by a loan from Ward Smith, a collector of Frost books, manuscripts, pamphlets and letters. Platt’s gift consists of holiday chapbooks sent to him personally by Robert Frost.