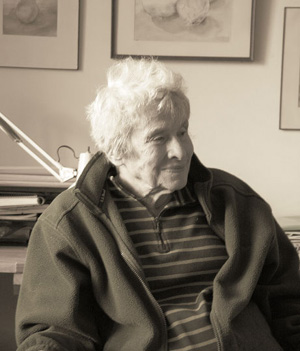 Poet Naomi Replansky reads from her Collected Poems and Lynne Sharon Schwartz reads from See You in the Dark as part of Poets House’s 2012 Showcase.

Naomi Replansky was born in the Bronx in 1918. Her first book, Ring Song, was published by Scribner in 1952 and was a finalist for the National Book Award in poetry. In 1994, The Dangerous World: New and Selected Poems, 1934-1994, was published by Another Chicago Press. Her Collected Poems has just been published by Black Sparrow Books.

Among Lynne Sharon Schwartz‘s 22 books, the most recent are Not Now, Voyager: A Memoir (2010); The Writing on the Wall: A Novel (2005); and See You in the Dark: Poems (2012). Schwartz has received grants from the Guggenheim Foundation, the National Endowment for the Arts, and the New York State Foundation for the Arts, and has taught in writing programs in the U.S. and abroad. She is presently on the faculty of the Bennington Writing Seminars