An evening of poetry, talk, and music with Amir Vahab and his Ensemble 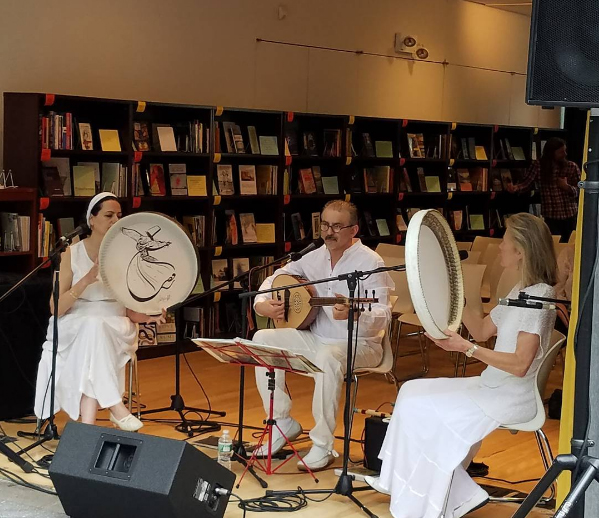 Musician and educator in Persian culture and traditional music Amir Vahab introduces the fundamental melodic and rhythmic modes as well as the primary instruments of the Persian and Ottoman classical traditions. He will be joined by his ensemble for a performance of classical Sufi poetry, including works by Rumi, Hafez, Baba Taher, and Yunus Emre.

Amir Alan Vahab is one of New York’s most celebrated and distinguished composer / vocalists of sufi and folk music. He has recorded seven albums and is currently teaching and lecturing private and group classes in universities, libraries, museums and cultural centers, and organizes music therapy and sound healing workshops.