This Grubbing Art: The Poetry of Hayden Carruth 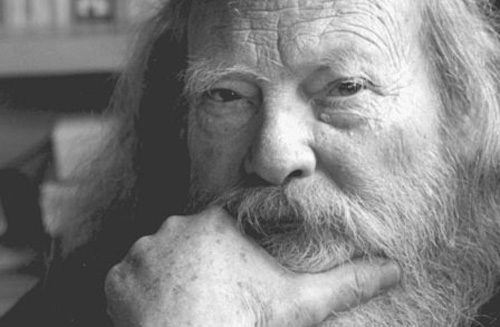 Hayden Carruth (1921-2008) was a Vermont original: critic, editor, essayist, jazz poet and “a Yankee pragmatist,” as he referred to himself. Please join us for this discussion of a poet whose voice is authentic, humane, and never afraid to buck the status quo with Marilyn Hacker, Joe-Anne McLaughlin, Lynne Sharon Schwartz and Douglas Unger. Moderated by Shaun Griffin.

Shaun Griffin is a poet, writer, and teacher. His latest book of poems is This Is What the Desert Surrenders (2012), and he served as editor of From Sorrow’s Well: The Poetry of Hayden Carruth (2013). He lives and works in Nevada.

Marilyn Hacker is the author of fifteen volumes of poetry, most recently A Stranger’s Mirror: New and Selected Poems, 1994-2013 (2015). She has been the recipient of many honors, including the National Book Award, and was elected a Chancellor of the Academy of American Poets in 2008.

Joe-Anne McLaughlin is the author of three collections of poetry, most recently Jam (2001). She has taught at a number of colleges, most recently at Richard Stockton College of New Jersey. Since 2009, she has served as Director of the Hayden Carruth Museum Library.

Lynne Sharon Schwartz is a novelist and poet. She has been the recipient of many grants and honors, including fellowships from the National Endowment for the Arts and the Guggenheim Foundation. She is a faculty member at the Bennington Writing Seminars.

Douglas Unger is the author of four novels, among the the Pulitzer Prize nominated Leaving the Land (1985). He co-founded the MFA and PhD programs in Creative Writing at the University of Nevada, Las Vegas, where he is a professor.

2016: This Grubbing Art – The Poetry of Hayden Carruth