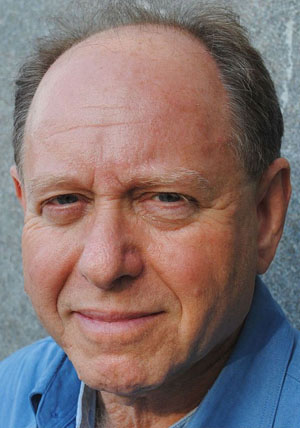 Poet L. S. Asekoff, co-recipient of the Library of Congress’s 15th annual Witter Bynner Fellowship in poetry, reads from his work. A moderated conversation with former U.S. Poet Laureate Philip Levine (who selected Asekoff for the fellowship) will follow the reading.

L. S. Asekoff is a poet whose four books of poetry are Freedom Hill (2011), The Gate of Horn (2010), North Star (1997), and Dreams of Work (1994). He is a 2012 Witter Bynner fellow, and has also received fellowships from the New York Foundation for the Arts and the National Endowment for the Arts. He is professor emeritus of English at Brooklyn College.

“L.S. Asekoff is a true surreal visionary; in his writing, all time configures itself into a single extended moment, which is the poem. In these dramatic monologues, a quiet voice emerges to tell us what we need to know about the ravages of our past and the nightmarish nonsense ahead.” – Philip Levine

Philip Levine is a poet whose books include News of the World (2009), Breath (2004), The Simple Truth (1994), which won the Pulitzer Prize, and What Work Is (1991), which won the National Book Award. He served as the eighteenth Poet Laureate of the United States. He is professor emeritus at California State University, Fresno.

Robert Casper is the Head of the Poetry and Literature Center at the Library of Congress.

Admission Free and Open to the Public Location Kray Hall Sponsored By New York Center for the Book, the Library of Congress Poetry and Literature Center, Poetry Society of America, and Poets House

END_OF_DOCUMENT_TOKEN_TO_BE_REPLACED

2012: Philip Levine on what inspires him