Home away from Home, Poets House

Memories layer and blur in delicious profusion when considering Poets House, at the fine and cozy first location on Spring Street, then the sleek new Battery Park home of poetry books and touching experiences. How I, who live in Texas, could have been there so many times for so many different occasions and events seems almost surreal now, after two years of going nowhere. 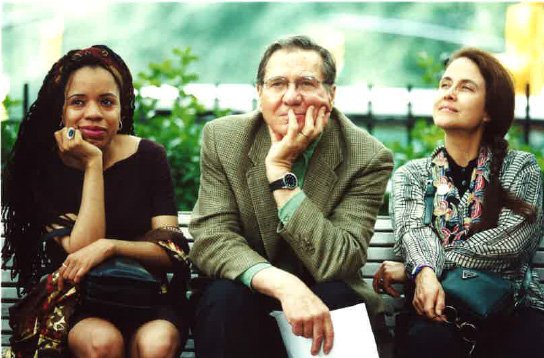 I remember Phillip Lopate and Reginald Gibbons, lifetime favorite writers, presenting their work, or a panel of women writers discussing justice in Palestine and Israel, or a memorial with many others for the Palestinian writer, Taha Muhammad Ali. I never forget speaking between Bob Holman and Galway Kinnell into the wind for a Brooklyn Bridge Walk, spilling water all over Helen Drought English at the Betty Award dinner in Brooklyn (poetry made her so happy she didn’t even get mad), or being told to tell actor Bill Murray he had ten minutes to present under the tent on the other side of the Bridge. (“No way,” I said. “YOU go tell him.”) Director Lee Briccetti was always profoundly welcoming and kind to me on these travels. 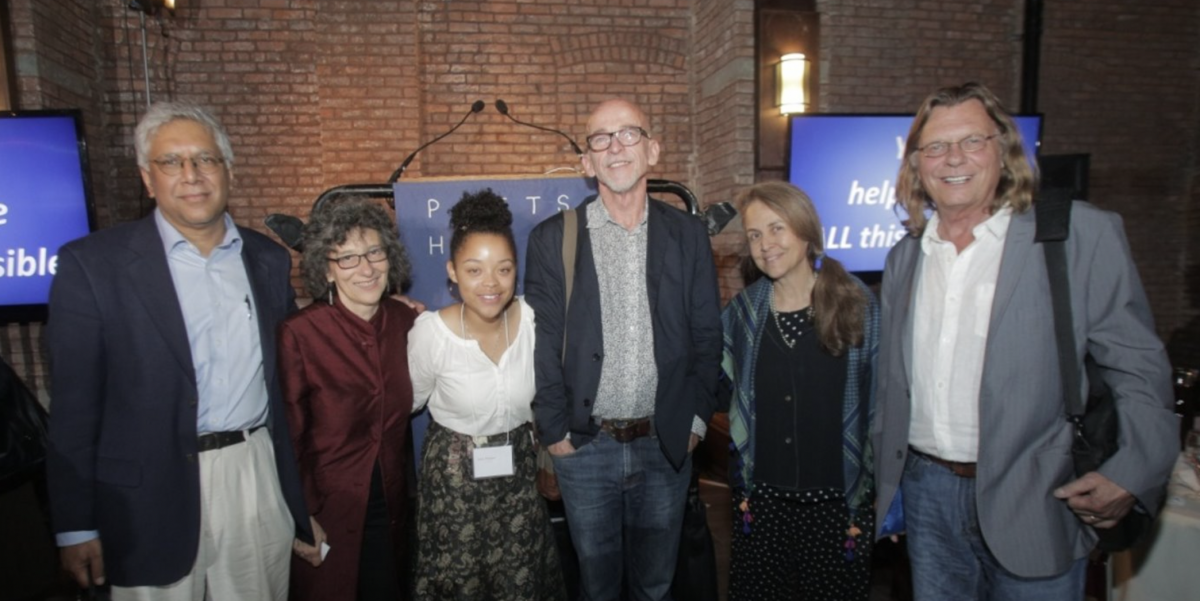 But two workshops I recall participating in stand out forever. One was a workshop on grief and writing poetry, shortly after my dear father, Palestinian journalist Aziz Shihab, had died. I was imagining a tiny tender group might appear. Instead we had an overflow gathering of more than 90 people of all ages, primed and needing to write, hungry to share. Tears, hugs, and lyrical lines flowed forth for hours. 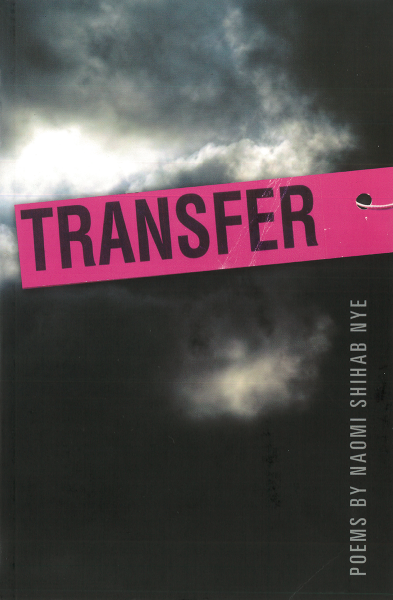 I went home feeling stronger than when I had flown north and proceeded to write a whole book of poems about and for my dad, called Transfer (BOA Editions Ltd., 2011). I have no doubt that the gathering at Poets House gave me courage for this work, which felt very necessary and stays with me now as I work on a book for my mother, since her recent death.

Another unforgettable workshop was presented with Kim Stafford on the day of an astonishing white-out New York City blizzard. We were fairly certain no one would show up for our session on the work of Kim’s father, poet William Stafford, and his portable, inviting writing practices. Kim and I munched cinnamon rolls and drank coffee at a local coffee shop early that day, staring out the window into the white, then trudging to Poets House, feeling dubious. We had geared our workshop for teens. And here they came, the bundled teens, off subways, in mittens and woolen hats, with their backpacks and notebooks and valiant spirits. It was a spectacular day!

Though I had been a William Stafford fan myself since being a teenager, I learned so many new insights into the ways Stafford styled his daily writings, his revision practices, and his incredible appreciation for the abundance which is given to each of us to write about, if we choose to. We were both still shocked that anyone had appeared at all.

I always felt Poets House was my true Home. I did not know that the desk of e. e. cummings was present till many years after first going there. How had I missed it? There was always something new to find. And I wished I lived next door. 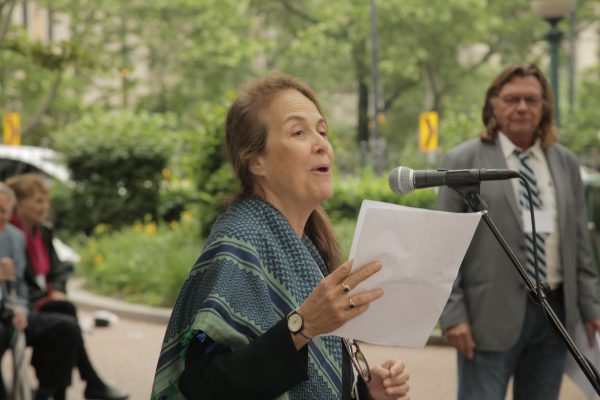 Naomi Shihab Nye at the 2014 Bridge Walk with the late Thomas Lux.

Poet, editor, songwriter, and novelist Naomi Shihab Nye has been a Lannan Fellow, a Guggenheim Fellow, and a Witter Bynner Fellow (Library of Congress). She has received a Lavan Award from the Academy of American Poets, the Isabella Gardner Poetry Award, the Lee Bennett Hopkins Poetry Award, the Paterson Poetry Prize, and four Pushcart Prizes. She lives and works in San Antonio, Texas.