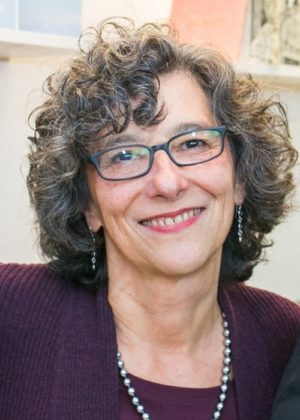 Lee Briccetti is a poet and the longtime Executive Director of Poets House. Her leadership of Poets House over the last thirty years has built it into one of the premiere literary centers in the United States and one of the great poetry libraries in the world. Now, in its new home in Lower Manhattan, Poets House produces over 240 programs annually, welcomes thousands of students on free class trips, and creates a pluralistic space for dialogue and learning. In the early 2000s Briccetti oversaw the $11M capital project that led to a permanent home for Poets House—including a program hall, Children’s Room, library, and classrooms—on the banks of the Hudson River, to which the organization moved in 2009. The organization’s service exponentially expanded in this state-of-the-art LEED-certified green space built just for poetry: 80,000 people cross the threshold annually, while millions more experience poetry through the organization’s online presence and national programs in partner libraries and cultural institutions.

Briccetti invented the Poets House Showcase, which for over 27 years has gathered each year’s new poetry books in one place. She established Poetry in The Branches, a program has mentored scores of public library systems over the past 25 years, helping them to become centers for the discovery of poetry in their own communities. And she was part of a cohort of the original organizers of the People’s Poetry Festival, exploring poetry’s roots in oral traditions.

Briccetti’s essays have appeared in Blueprints: Bringing Poetry into Communities, ed. Katharine Coles (University of Utah Press); This-World Company: Collected Essays on the Work of Jean Valentine, ed. Kazim Ali and John Hoppenthaler (University of Michigan Press); and the recent Jane Cooper: A Radiance of Attention, ed. Martha Collins and Celia Bland (University of Michigan Press); as well as The Language of Conservation, a compilation of essays on poetry and the environment. Additionally, Poetic Species: A Conversation Between E.O. Wilson and Robert Hass was framed by her introductory essay and published by Bellevue Literary Press.

A graduate of Sarah Lawrence College, Briccetti received an MFA from the Iowa Writer’s Workshop and is the recipient of a New York Foundation for the Arts Fellowship for Poetry and a poetry fellowship at the Fine Arts Work Center in Provincetown. She has been awarded residencies at MacDowell, The Millay Colony, and the American Academy in Rome. Her most recent volume of poems is Blue Guide (2018), preceded by Day Mark (2005), both published by Four Way Books.