Poets across generations have been inspired to write about Dr. Martin Luther King Jr. and carry forward his vision of a just world, free of oppression. In honor of Martin Luther King Jr. Day, we invite you to the Poets House library to spend time with books that pay tribute to the great civil rights leader and his legacy. 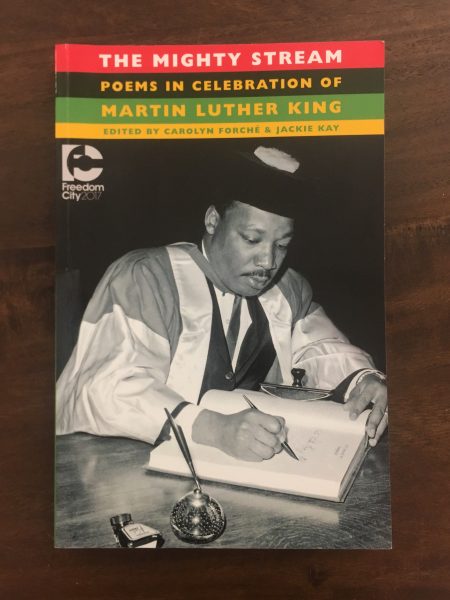 In Patricia Smith’s poem “How I Won the War,” the speaker addresses the “preacher,” explaining “[m]y country seems dead set on draining me of / you,” while maintaining, “I want you to know I have never / forgotten.” The poem is included in The Mighty Stream: Poems in Celebration of Martin Luther King, an anthology commemorating an extemporaneous address that King gave in 1967 at Newcastle University in the U.K., where he outlined his chief concerns: poverty, racism, and war. Poetry from both sides of the Atlantic explores these problems in this volume, edited by Carolyn Forché and Jackie Kay. The book features major American poets known for their politically-engaged work, including Jericho Brown, Natalie Diaz, Claudia Rankine, Khaled Mattawa, Elizabeth Alexander, Carl Phillips, Camille T. Dungy, Martín Espada, Cornelius Eady, Fanny Howe, Nikki Giovanni, Toi Derricotte, and many more. The non-American roster features a wide range of dynamic voices that may be less familiar to U.S. readers, including Afro-Caribbean writers Grace Nichols, James Berry, and Linton Kwesi Johnson; poet Choman Hardi, who was born in Kurdistan and sought refuge in the U.K. in 1993; and Shazea Quraishi, a Pakistani-born Canadian poet based in London. 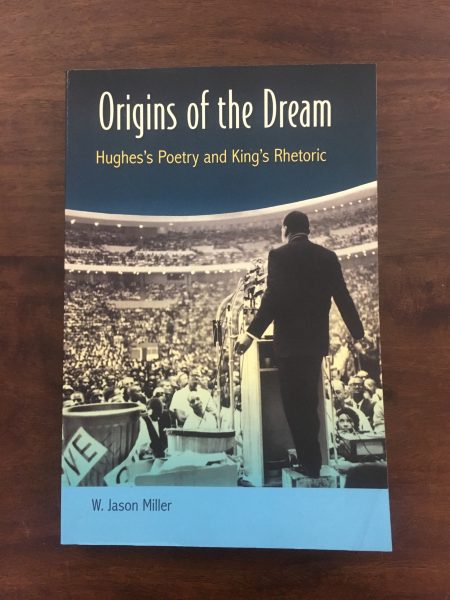 In Origins of the Dream: Hughes’s Poetry and King’s Rhetoric, W. Jason Miller explores the reciprocal “creative exchange” between Langston Hughes and Martin Luther King Jr. They were friends, wrote letters to each other, and traveled to Nigeria together in 1960. Moreover, Hughes composed poems about King and his role in the civil rights struggle, and King turned to the poet’s writing as a reference point in his daily life. King wrote in a letter to Hughes, “My admiration for your works is not only expressed in my personal conversations, but I can no longer count the number of times and places, all over the nation, in my addresses and sermons in which I have read your poems. I know no other way to express in beauty the heartbeat and struggle of our people.” Miller further asserts that King threaded certain phrases and echoed imagery found in poems by Hughes in his remarks, notes, and letters. In Hughes’ poem “Mother to Son,” the speaker tells the story of a life of hardship—“Life for me ain’t been no crystal stair”—but also bravery that entailed “…sometimes goin’ in the dark / Where there ain’t been no light.” King transposed some of these elements in his speeches in Montgomery during the bus boycotts: “Well, life for none of us has been a crystal stair, but we’ve got to keep going. We’ll keep going through the sunshine and the rain. Some days will be dark and dreary, but we will keep going. Prodigious hilltops of oppression will rise before us, but we will keep going. Mountains of evil will stand in our path, but we will keep going.” 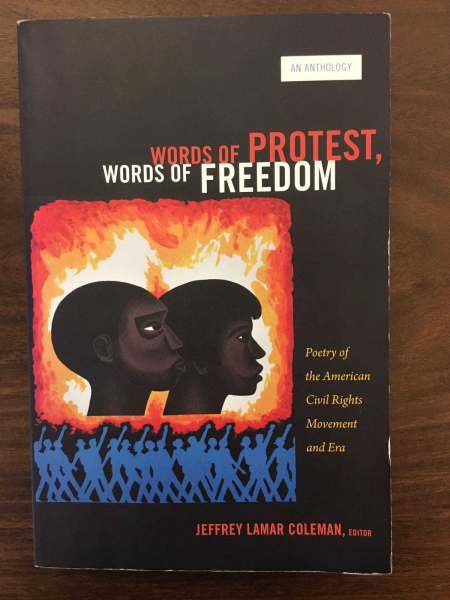 The anthology Words of Protest, Words of Freedom: Poetry of the American Civil Rights Movement and Era includes a number of poems written in response to the assassination of Martin Luther King. Poems by such luminaries as Margaret Walker, Muriel Rukeyser, Audre Lorde, Nicolás Guillén, and Lucille Clifton range in tone from elegiac to reverent to righteously angry. Gwendolyn Brooks’ long poem “Riot” begins with an epigraph from King—“A riot is the language of the unheard”—and envisions with biting satire and devastating detail an uprising of blacks against European culture, as represented by Italian explorer John Cabot who “itched instantly beneath the nourished white / that told his story of glory to the World.” 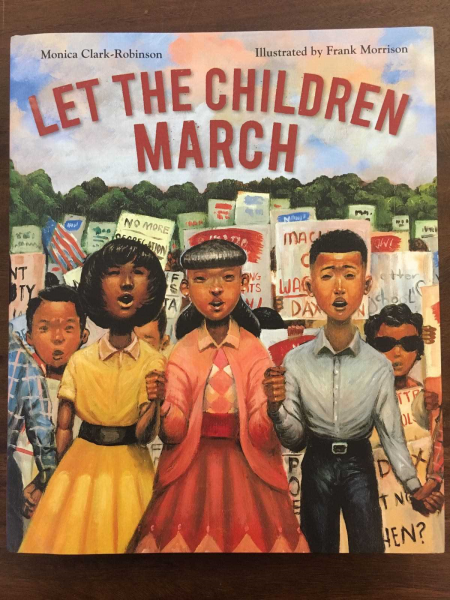 Let the Children March is a children’s picture book that arrived in our collection as part of our 2018 Showcase of new poetry books. Written by Monica Clark-Robinson with dramatic oil paintings by Frank Morrison serving as illustrations, the volume deftly and swiftly charts the evolution of the Children’s Crusade of 1963 in Birmingham, Alabama, part of the Birmingham campaign Martin Luther King Jr. helped put into motion. It includes a kid-sized bibliography at the back for grown-ups and takes inspiration from interviews with participants in the Children’s Crusade. One such is Janice Kelsey, who said, “I want young people to know that each one has the ability to make a difference in their environment…You just have to have enough courage to evaluate the situation and stand up for what is right.”

Visit our library to browse these and other books honoring Martin Luther King Jr., which will be on display throughout the week.