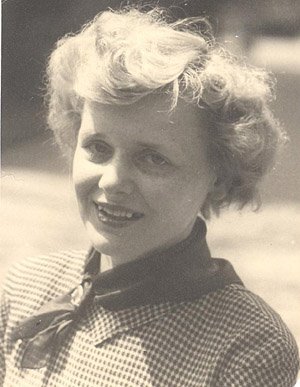 Poets House presents the Elizabeth Kray Award (“The Betty”) biennially to an individual or individuals whose service to the field of poetry embodies the spirit of Elizabeth Kray‘s work and ideals. In founding Poets House with Stanley Kunitz, Kray created a place dedicated to poetry and poets. In the words of the late poet Denise Levertov, Kray was “poetry’s patron saint.” From her Poets-in-the-Schools program to the shaping of the modern-day poetry reading series, Kray was an innovative advocate for a greater presence for poetry in our country.

1998: Gigi Bradford, a visionary director of literature programs at the National Endowment for the Arts, for her safeguarding of fellowships for writers at a time when funding for individual artists was much contested. As a result of her passionate and painstaking work, the world of literary nonprofits as a whole garnered major attention and advanced significantly as a field. Read Gigi Bradford’s remarks here

2000: James Haba, the longtime director of the Dodge Poetry Festival, for his advancement of the festival to its current position as the preeminent and largest event for poets, dedicated readers, and the curious. Haba designed the first festival in 1986 and retired as director in 2008.

2002: Herb Leibowitz, for his work as the founder, publisher, and editor of Parnassus: Poetry in Review, one of the few venues dedicated to literary reviews of poetry books. In its almost 40 years of existence, Parnassus has both solidified poetry as a field and expanded critical and cultural understanding of the art’s potential.

2004: Robert Bly, for his lifelong career as an instigator and enlarger of American poetics through literary translation.

2006: Bob Holman, the onetime director of the St. Mark’s Poetry Project and the founder of the Bowery Poetry Club, for his dedication to the creation of poetry communities in New York City, including his work at the Nuyorican Poets Cafe and the popularization of slam and spoken-word poetry on the East Coast.

2008: Toi Derricotte & Cornelius Eady, the co-founders of Cave Canem, for their exemplary contribution to the American cultural landscape and their pivotal role in discovering and cultivating new voices in African-American poetry.

2014: Naomi Shihab Nye, one of our nation’s great poetry educators, who has been going into schools for almost 40 years to invite students into the transformational power of poetry. An esteemed creator of books and anthologies for young people, emphasizing great literature from around the globe and our nation’s own emergent, immigrant traditions.