The U.S. national, state, and local elections of 2020 have been stressful and anxiety-provoking to a degree that we will be coming to grips with for some time. If your cortisol levels are still recalibrating, don’t worry. The following books will be stalwart companions for the aftermath of this monumental election—whether you’re looking to reflect on what you can do to affect change in your community, to seek a little reassurance that we’ll get through this, or to take to the streets and make your voice heard. 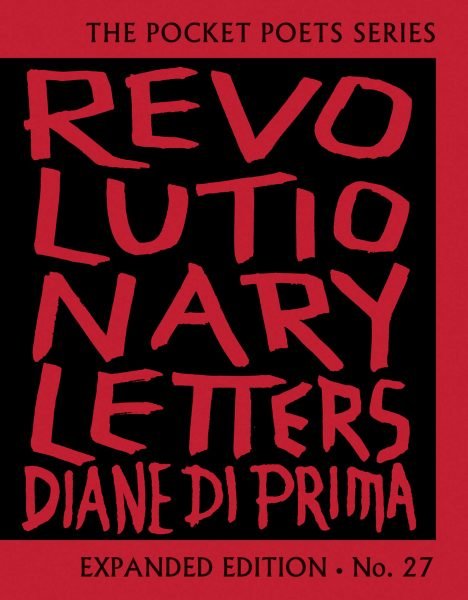 It would be difficult to overstate Diane di Prima’s influence on contemporary poetry, or the loss that her recent death means for American literature. The absence of a committed critical voice such as hers is particularly palpable in light of the myriad of issues that Americans collectively raised leading up to this year’s elections. Di Prima’s groundbreaking collection Revolutionary Letters, a series of poems published in growing, iterative editions since 1968, speaks not only to half a century’s political concerns, but to the past four years’ upwelling of social unrest and unprecedented participation in protest movements. City Lights’ expanded 2020 edition of this classic of American poetry promptly sold out this spring; while you’re waiting for a second printing, why not check out di Prima’s chapbook Loba, Part 1 in our digitized Chapbooks of the Mimeo Revolution series? This chapbook, the first section of what ultimately became a sixteen-part opus, explores feminism and justice through the lens of mythology and mysticism. 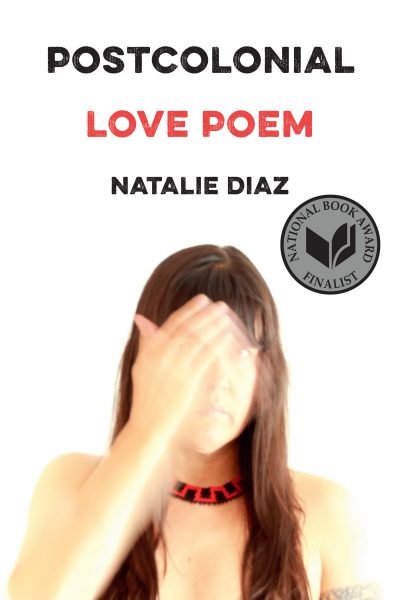 Postcolonial Love Poem, the much-anticipated follow-up to Natalie Diaz’s acclaimed When My Brother Was an Aztec (Copper Canyon Press), articulates an ethic of love. Not only an act of resistance, love is for Diaz an inheritance, as she considers what we are made and called to do, our natural state of being as communal creatures; however, love is threatened by the forces of capitalism and settler colonialism. Diaz’s collection connects the years-long water crisis in Flint, Michigan, to Indigenous peoples’ struggles for sovereignty, and to the disproportionate harm done to Black and Indigenous communities by climate change. The book also points to solidarity between justice movements and reminds us of a shared urgency for liberation. 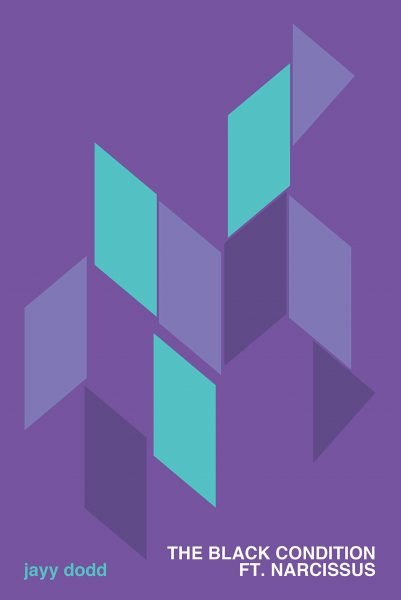 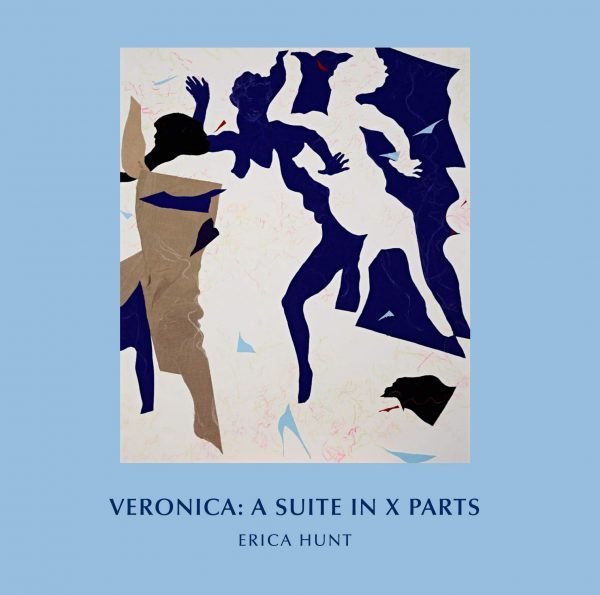 Erica Hunt’s Veronica: A Suite in X Parts interrogates the mathematics of Black life vis-a-vis the blues. Playing on the Roman numerals V and X, Hunt’s Suite addresses Veronica, or V, a stand-in for every Black woman grieving. These compositions entail notation for an extended performance, a choral lamentation for Black lives lost to violence. Hunt’s compositions begin to break down at the interstices of language: “tend- / er’ness / sssssomething else to be afraid of / sss / strip- / sss / kin- / dred / lik- / e / ki- / ndling.” In an algebra of loss, Hunt attempts to solve for X and V; the voice contorts itself to fill the gaps posed by these variables, suggestive of traumatic losses within Black communities. Throughout this work, Hunt’s expression of collective grief becomes a call for change: “The future is back and the story leads you here.”

Be sure to also check out the newly released Jump the Clock: New and Selected Poems (Nightboat Books), a retrospective of Hunt’s work since the ‘80s. 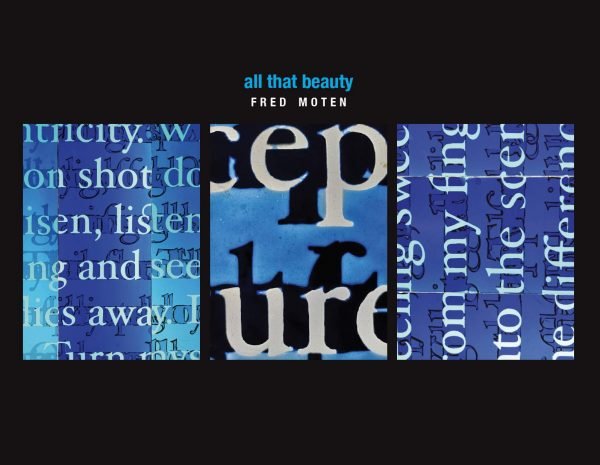 Fred Moten, a poet who is as widely known for his critical work, increasingly allows these two genres to blend into and inform each other. Such is the case with his widely acclaimed trilogy consent not to be a single being (Duke University Press) in which he examines Black aesthetics in politics and culture. Following suit, All That Beauty explores lineages of Black literature, music, and art, and this collection continues the work of his critical texts, considering the significance of beauty in Black life against the logic of representation imposed by white culture’s gatekeepers. Throughout, Moten dedicates poems to “collaborators,” whose influence moved his thinking within any given poem—though the exact nature of each collaboration is left purposely unaddressed—and he frequently acknowledges several influences for a single poem, ending his list with “n’em,” undermining any assumption that these dedications are comprehensive. 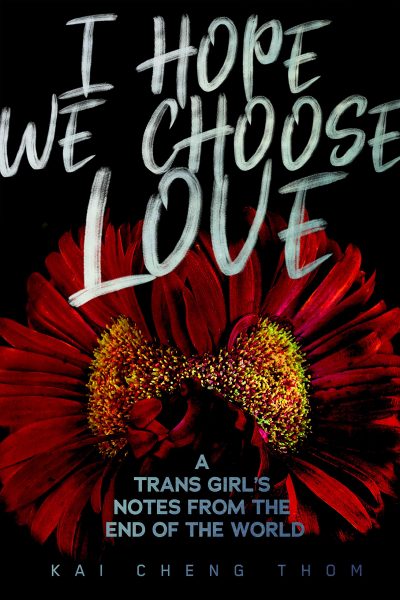 Kai Cheng Thom, I Hope We Choose Love: A Trans Girl’s Notes from the End of the World (Arsenal Pulp Press, 2019)

Kai Cheng Thom followed up her award-winning debut novel, Fierce Femmes and Notorious Liars: A Dangerous Trans Girl’s Confabulous Memoir (Metonymy Press) with the poetry collection A Place Called No Homeland (Arsenal Pulp Press), and last year published the cross-genre work I Hope We Choose Love: A Trans Girl’s Notes from the End of the World. Combining short fiction and prose poetry with the bold, insightful think-piecey essays she’s become known for online, Thom investigates the functions of community for queer and trans people in the age of climate change, mass extinctions, and global fascist uprisings. Taking into account the strained resources of queer and trans individuals and their vulnerability to violence—and the ways in which communities in general can fail to live up to the ideals of mutual aid and protection—she suggests that by strengthening our communities, we can create a new beginning from the end of the world as we know it: a safer world, in which communities that survive together thrive together. Combining an essayist’s wit with a poet’s speculative imagination, Thom provides a blueprint for a future community and a future poetics. 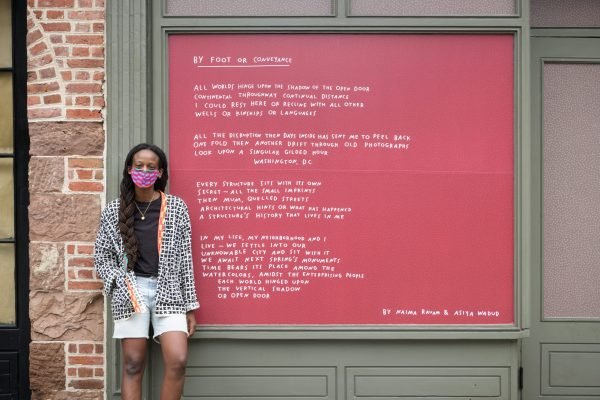 This spring, in the midst of an unprecedented lockdown of New York City during the first months of a global pandemic, poet and collaborative artist Asiya Wadud was reaching outward. Along with several other poets, she spoke on the phone with strangers, pushing through the collective moment of social isolation to create a web of community conversation. Poems inspired by these conversations were displayed as Echo Exhibit this past summer—one of four installations included in Lower Manhattan Community Council’s River to River 2020: Four Voices. This installation attests to the importance of community in times of uncertainty and the power of speaking with a stranger in good faith to affect change.

Though the installation itself has ended, you can still explore the exhibit virtually, and read more of Wadud’s work in last year’s Syncope (Ugly Duckling Presse), an elegy for lives lost during frequent Mediterranean crossings by refugees from North Africa, and day pulls down the sky / a filament in gold leaf (Belladonna* Collaborative), a collaborative work composed alongside performing artist Okwui Okpokwasili’s lyrics.

We hope you will consider supporting Poets House as we continue to make a home for poets and poetry books.