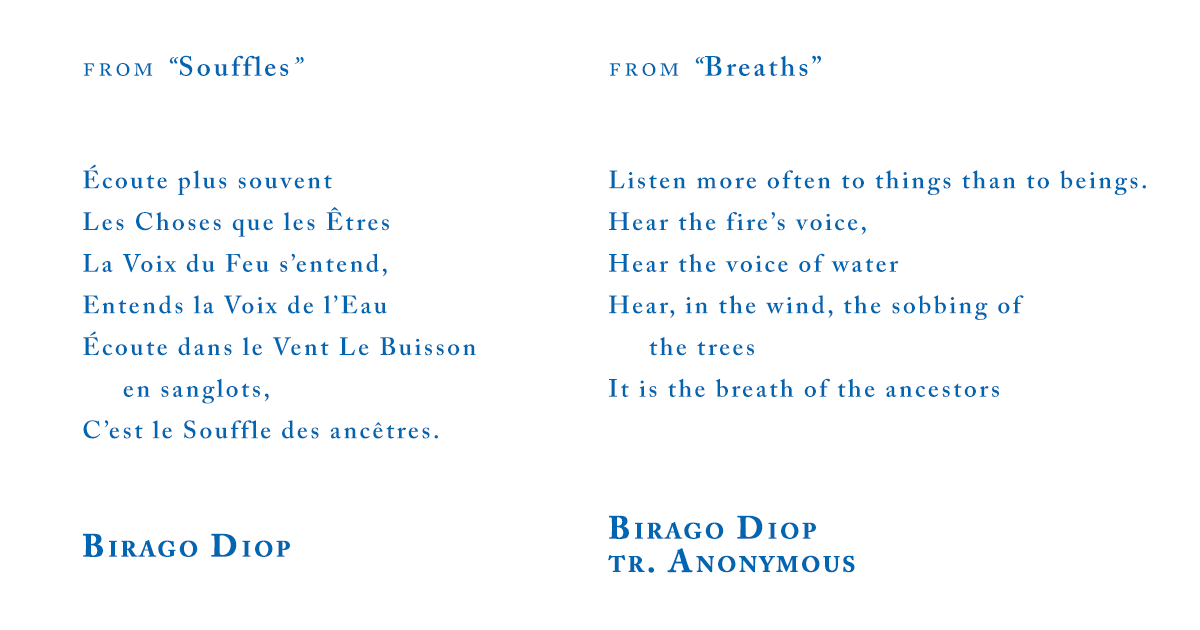 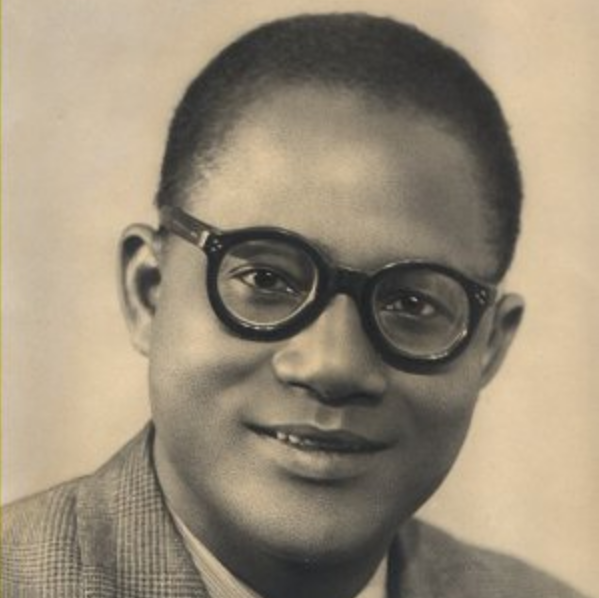 Birago Diop was born in 1906 outside Dakar, Senegal. He moved to France for training in veterinary medicine, where he became involved with the Négritude literary and artistic movement. He made his literary debut in 1947 with the massively-popular Les Contes d’Amadou Koumba (Présence africaine, 1967), for which he won the Grand prix littéraire de l’Afrique Occidentale Française. He continued to document folktales, write poetry, and work in veterinary medicine until his death in 1989. 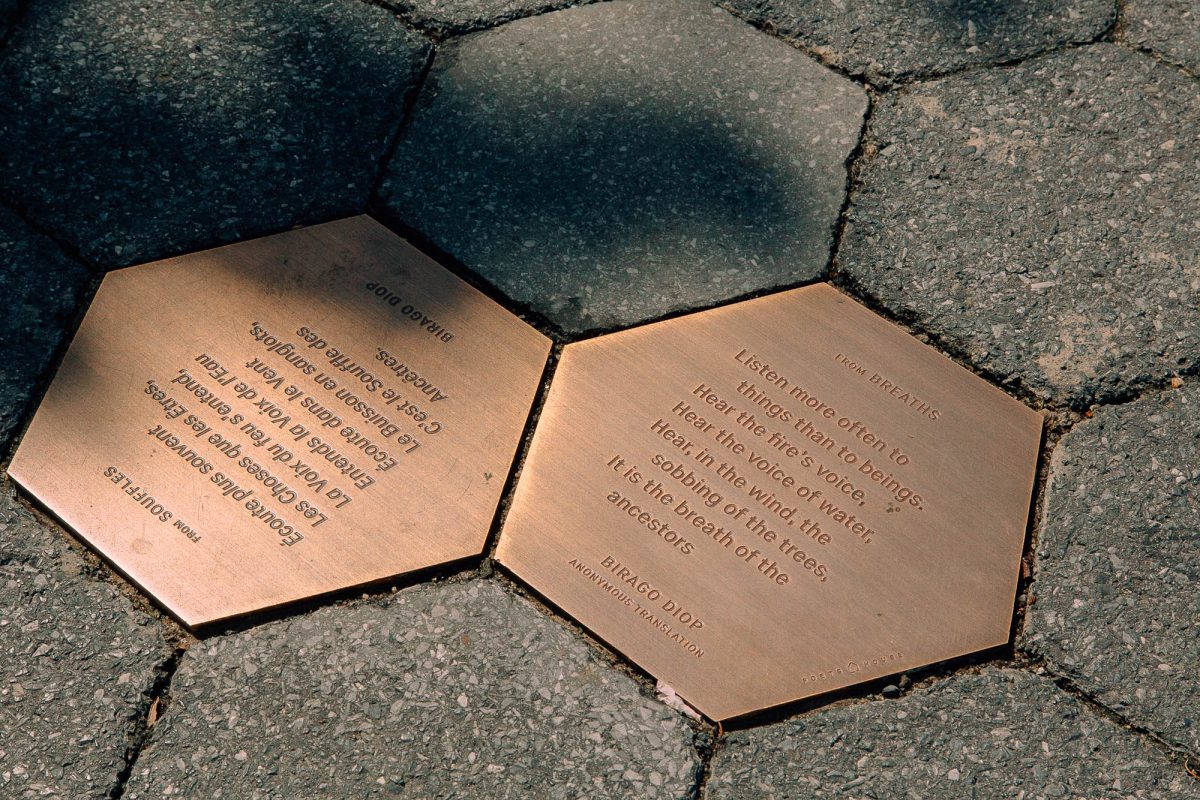 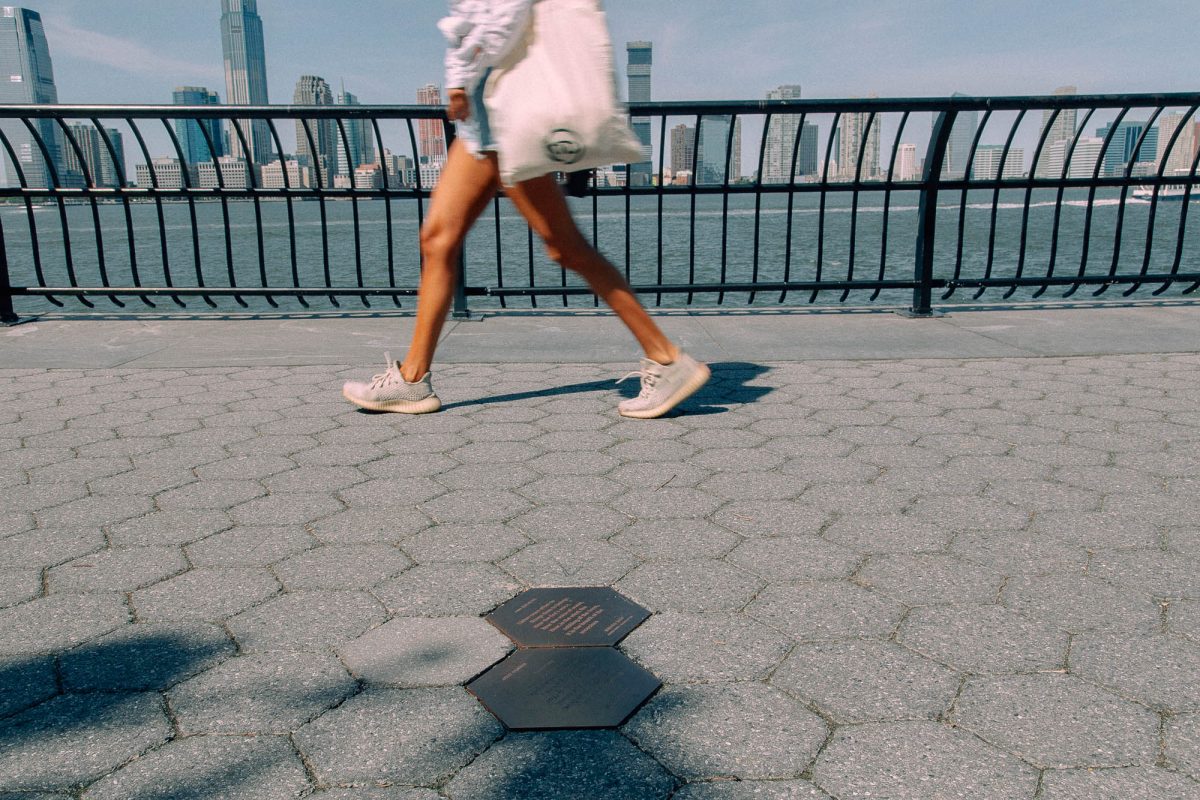 The Poetry Path is made possible through a partnership with Battery Park City Authority, partners in design and fabrication of the Poetry Path, with additional support from our Outreach Partner, Goldman Sachs. Special thanks to the Arthur F. and Alice E. Adams Foundation for funding the Poetry Path planning process, and to the Marcia Brady Tucker Foundation for supporting Poetry Path educational initiatives for youth and children.