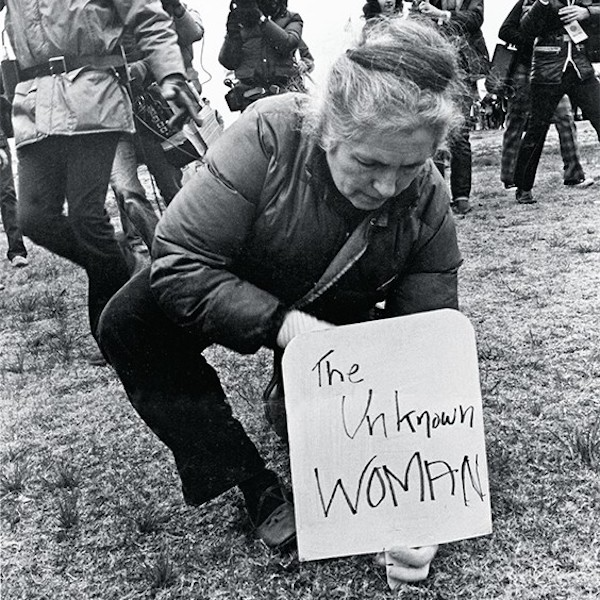 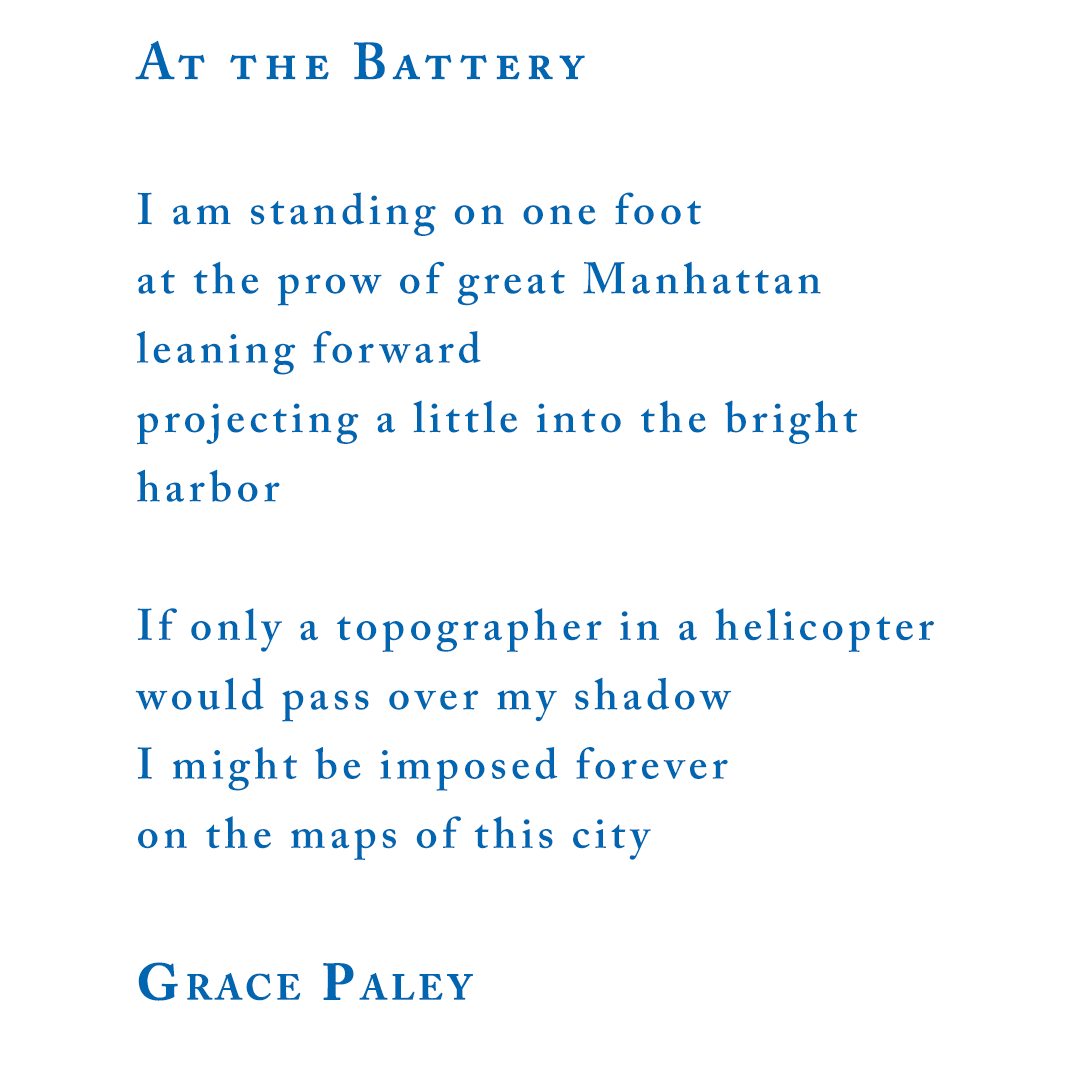 Grace Paley was born in the Bronx in 1922 to Ukrainian Jewish Socialist parents who had been exiled by Czar Nicholas II. She was the author of three books of poetry, including Fidelity (Macmillan, published posthumously in 2008), as well as several collections of short stories. Her Collected Stories (Farrar, Straus, & Giroux, 1994) was a Pulitzer Prize and National Book Award finalist. Paley was a recipient of a Guggenheim Fellowship in 1961, a National Endowment for the Arts Fellowship in 1967, the Edith Wharton Award in 1983, and the Jewish Cultural Achievement Award in the Literary Arts in 1994. She was the first New York State Writer and the Vermont State Poet Laureate from 2003-2007. In addition to being a teacher and writer, she was a committed antiwar and antinuclear activist. Paley died on August 22, 2007, in Thetford, Vermont. 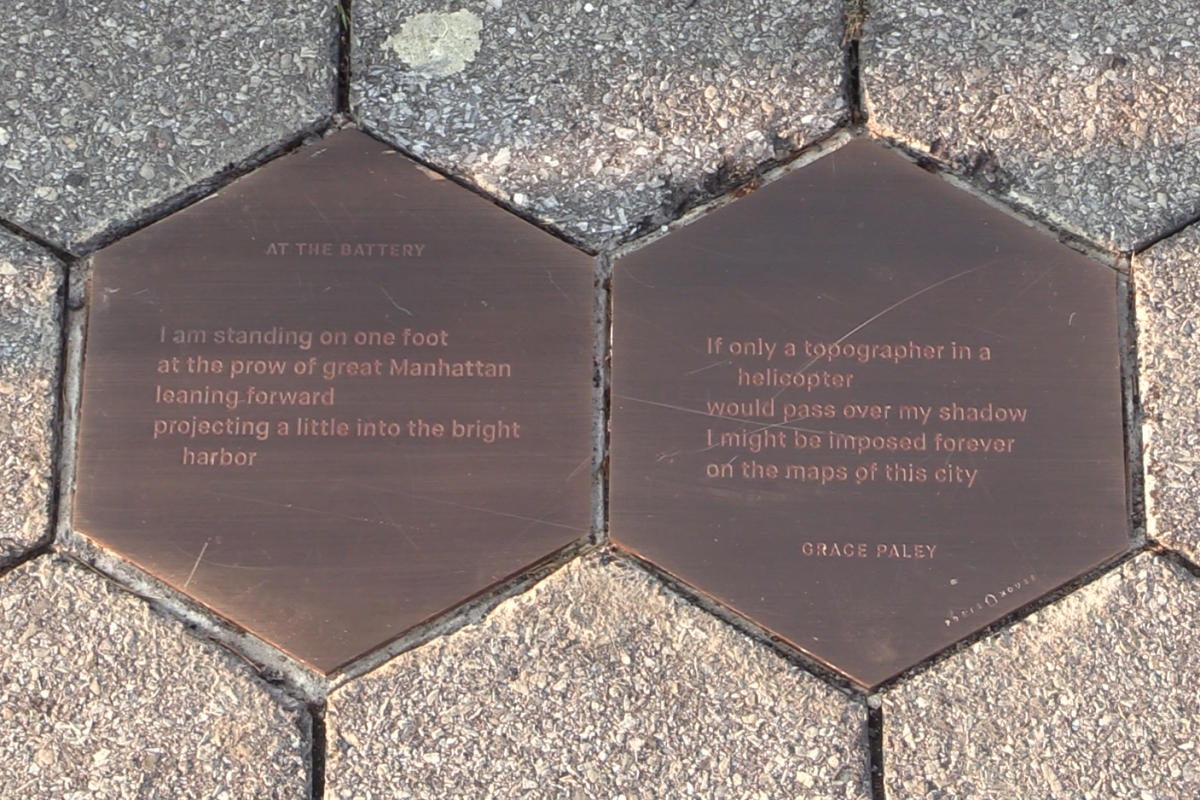 Grace Paley, “At the Battery” from Begin Again: The Collected Poems of Grace Paley. Copyright © 1999 by Grace Paley. Reprinted by permission of Farrar, Straus & Giroux, LLC.

The Poetry Path is made possible through a partnership with Battery Park City Authority, partners in design and fabrication of the Poetry Path, with additional support from our Outreach Partner, Goldman Sachs. Special thanks to the Arthur F. and Alice E. Adams Foundation for funding the Poetry Path planning process, and to the Marcia Brady Tucker Foundation for supporting Poetry Path educational initiatives for youth and children.