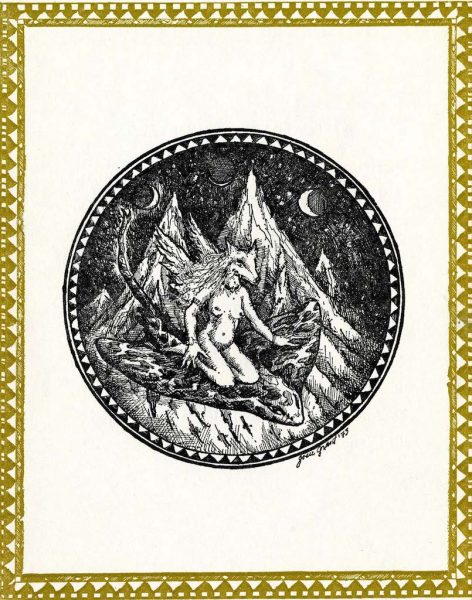 Poets House announces the launch of the chapbook Loba, Part 1 by Diane di Prima as the next installment in our new digital project Chapbooks of the Mimeo Revolution. Each month, we draw from our library and present digitized versions of chapbooks that were published from the 1960s through the 1980s, when small press publishing exploded across the U.S. during a period now known as the Mimeo Revolution. Each digitized chapbook is accompanied by short essays about the author, the publisher, and the chapbook, as well as multimedia, when available.

Published in 1973, this chapbook is the first section of di Prima’s acclaimed feminist epic Loba, which would grow to over 300 pages when published in its entirety in 1998. As scholar and poet Iris Cushing notes in an essay that accompanies the digitized volume, di Prima “set out to make a text that mirrored the human evolution of the sacred feminine and imaginatively responded to ancient [spiritual] traditions.” The chapbook features the fine press printing of California-based Capra Press and illustrations by artist Josie Grant that evoke the realm of the mythologized she-wolf at the center of this work.

Along with the digitized Loba, Part 1, we also present an original 1999 audio recording of Diane di Prima reading from the entire contents of the 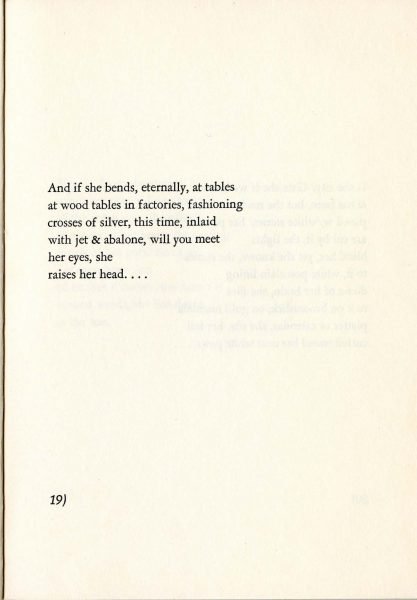 chapbook, so that you can listen along as you flip through the pages. We also welcome you to read the related essays about Loba, Diane di Prima, and Capra Press, run by Noel Young, who published such greats as Ray Bradbury, Raymond Carver, Ursula K. Le Guin, and Henry Miller, among others.

Loba, Part 1, like the other volumes in our Chapbooks of the Mimeo Revolution series, is part of Poets House’s 11,000-volume chapbook collection, one of the largest in the country. This digitization project allows us to preserve rare, delicate chapbooks and makes them accessible to a wider public.

In a related program tonight, May 14, we offer a live discussion of the life and work of Diane di Prima at Poets House with Ammiel Alcalay, Iris Cushing, and Mary Catherine Kinniburgh. CUNY professor and poet Ammiel Alcalay won an American Book Award as the founder and editor of Lost & Found: The CUNY Poetics Document Initiative, a chapbook series featuring important 20th and 21th century writing, including work by Diane di Prima. Iris Cushing and Mary Catherine Kinniburgh are recipients of the Diane di Prima Fellowship from the Center for the Humanities at the CUNY Graduate Center; they worked face to face with Diane di Prima as research for their doctoral dissertations. Cushing also contributed writing on Loba, Part 1 and di Prima for Poets House’s digitization project.