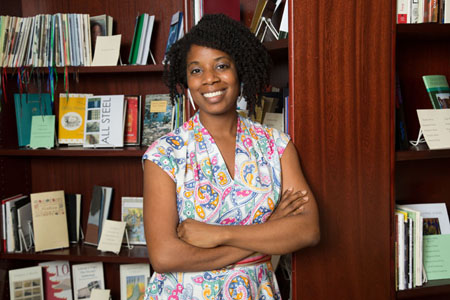 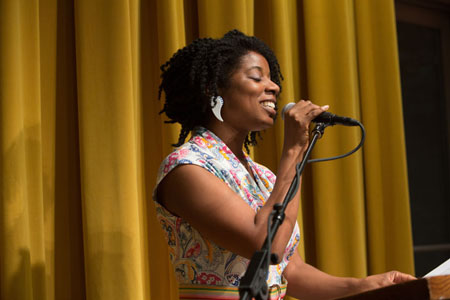 We would shriek the word then run,
girls in sneakers and sneering mouths
cutting heels against asphalt,
tongues anxious to taste brokenness.

I was in awe of our foulness,
how our own formed lips
could dissolve a face into
compost.

It meant
your feet were un-lotioned &
long-nailed, housed in
dusty black sandals no matter the season.

You never walked alone
but when you did
we pack of girls would fire the insult
with perfect English.

You smelled of pepper & saucy food & silt.
Prayed to gods who were not Jesus,

were too familiar to our own
muddled blood, the faces who fed us
mashed potatoes & meats & catechism
across rented linoleum,

and find the vulnerable vein that hurt, would blind
if our pack did not run quick enough.

Idrissa Simmonds writing has appeared in The Caribbean Writer, Black Renaissance Noire, Pearls and Event. She is editor of the anthology We Have a Voice: An Anthology of African and Caribbean Student Writing in BC and leads writing workshops through the New York Writers Coalition. She lives in Brooklyn NY.