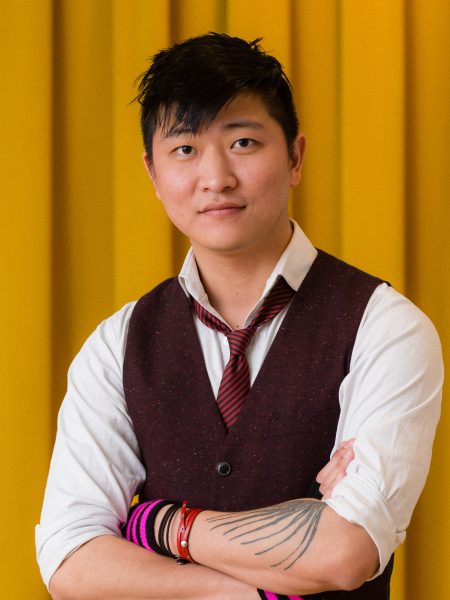 A dead boy walks into a bar
and orders a drink and the bartender says
We don’t serve your kind, dead boy

and the dead boy nods
his perforated head
and dead cold vodka pours out.

The bartender wipes it up.
A dead boy walks into
a bar and sits next to a dead boy

and says what’s wrong with him?
and the bartender says We don’t
serve dead boys

and the dead boy lays his slit
throat right down
and out pours a sweet ice-wine.

Like he’s only asleep.
A dead boy walks into the bar
and says whaddya got? and the bartender says

Two dead boys and a cocktail and the dead boy
smiles wide. His tongue unfolds
into a grey-furred moth, clicking.

His teeth go crackle-
crack! I’ll have what he’s having,
he grins, and his grin sloughs off its skin

and underneath is not a grin.

James Fujinami Moore received his MFA in poetry from Hunter College. His work has appeared in Barrow Street‘s 4×2, Guesthouse, and the Pacifica Literary Review. He lives in New York.