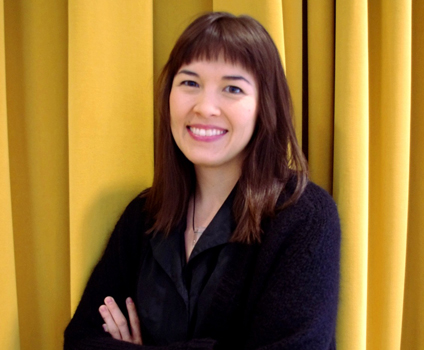 FOR WALWYN JACKSON & REYNALDO CUEVAS, KILLED BY THE NYPD ON SEPTEMBER 7, 2012

Everyone gets murdered is when
everything inside you
comes alive.

Your brains, your meat, & your
sadness.

I mean your madness.

When someone is murdered in the Bronx
someone in Manhattan might sigh.

The sound of her sigh could be a whistle
rising up from an ancient well.

Someone is murdered in Queens
& in Chelsea someone’s voice soars
to the top of a church.

Something is broken
& something else begins to crack.

When a song flies from the dead mouths
of two men who died pleading
somebody who was writing a poem
might be stilled into prayer or power.

Lara Weibgen is an organizer and poet living in Downtown Brooklyn. In her writing and political work, she explores connections between misery, interpersonal violence, and systemic violence, with the aim of developing strategies for resisting and dismantling all three. In an earlier life she studied art history at Yale, where her research focused on underground art in the Soviet Union. Her writing has appeared in Third Text, Critical Inquiry, October, Art Journal and The Columbia Review, among other places.