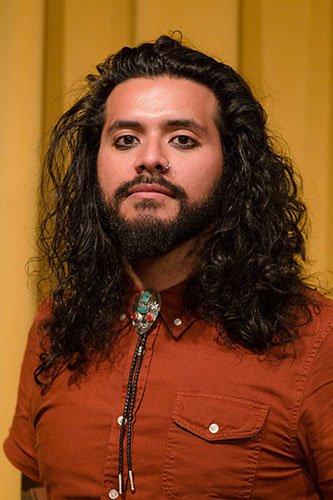 Moncho Alvarado is a Mexican-American poet, translator, and educator. Their poems have been published in The Academy of American Poets website, Mikrokosmos Journal, Acentos Review, Chaparral, and other publications. They are a recipient of fellowships from Poets House, Troika House, the Summer Seminar at Sarah Lawrence College, and won the Academy of American Poet’s John B. Santoianni award for excellence in poetry. They received an MFA from Sarah Lawrence College, where they were awarded the Thomas Lux Scholarship for dedication to teaching, demonstrated through writing workshops with youths in Sunnyside Community Services in Queens, New York. Born and raised in Pacoima, California, they currently live in Brooklyn, New York, where they teach literature and creative writing. www.monchoalvarado.com.