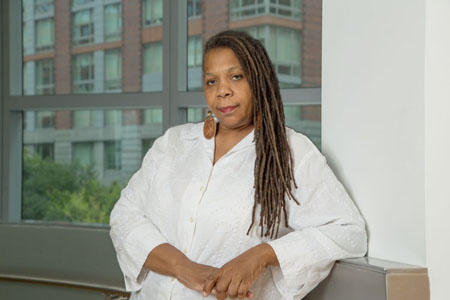 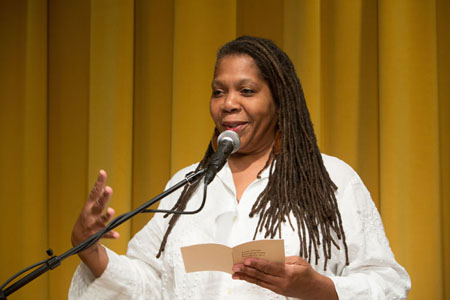 Orange & elder flowers NDC# 057687-290-17.
The liquid center of a chewing gum sold at the health food store.
Rescue in bold yellow printed along the left side of the box homeopathic.
Active ingredients lost. Purpose: courage and presence of mind; focus when

ungrounded; patience with problems and people; softens the impact of shock
or the slipping grip when thrown off a building like the television star
who hangs on by one hand just long enough to be rescued for the grand finale.
A few drops under the tongue corrects emotional imbalances; also in a balm.

Keep out of reach of children. Don’t use if pregnant or breastfeeding.
Like a pack of cigarettes but in a yellow box— may be addictive.
Excessive consumption may induce mild laxative effect. Not suitable
for animals. Are humans something other than animal?

I would go splat if I were pushed over the side of a building like an insect
caught under foot on a crazy hazy day.

Monica A Hand is the author of me and Nina (Alice James Books, 2012.) Her poems have appeared in numerous publications including Aunt Chloe, Black Renaissance/Renaissance Noire, Naugatuck River Review, The Sow’s Ear, Drunken Boat, Beyond the Frontier: African-American Poetry for the 21st Century, Gathering Ground: A Reader Celebrating Cave Canem’s First Decade and American Creative Writers on Class. She has a MFA in Poetry and Poetry in Translation from Drew University.