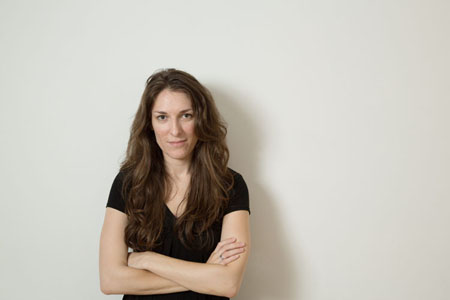 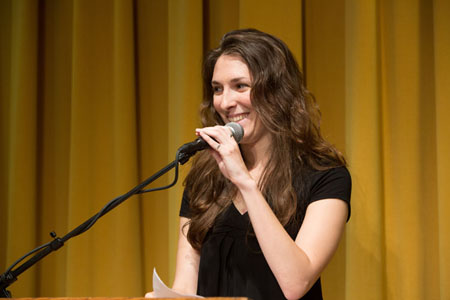 Because the people I love don’t believe in heaven
we take the train to Brighton. Atlantic Avenue, Pacific Street. The ocean

is always the ocean, so we take the Q to Brighton. 7th Avenue, Prospect Park.
It’s hard to explain. The tide rises, and we drink all the beer we brought.

Before the restaurants, before the boardwalk, crackheads slept in dunes,
and girls turned tricks, or so we hear from a guy we met. He grew up here

and for a living now he installs in bars electric chandeliers. In these waves,
when he was young, his sister drowned, and because she’s gone

he takes the Q to Brighton. Church Avenue, Beverly Road.
We don’t speak the language spoken in Brighton, so at a loss to say

but darken, we go home again to Boerum Hill. Cortelyou Road, Avenue J.
In these waves, one night last summer, I kissed someone

and my life changed. We walked barefoot through sands and broken glass
so we might touch the ocean the way the water can’t help but touch the land,

and because, in the end, we couldn’t help but touch each other,
we took the Q, that year, to Brighton. I almost believed in heaven.

It’s hard to explain. Take the train to Brighton, and touch the sea,
and walk the sand. Just offshore lies what, this year, you’ve lost and gained,

and what you haven’t lost yet but will, and along the shore
lie those who know, by night, by day, there is no heaven, and no answers

to our questions, King’s Highway, Sheepshead Bay, and because the ships
leaving piers look like distant chandeliers, still take the Q to Brighton.

Sarah V. Schweig is the author of the chapbook S (Dancing Girl Press). Her poems have appeared in BOMB Magazine, Boston Review, Painted Bride Quarterly, Western Humanities Review, and Verse Daily, among others. She is a graduate of the University of Virginia and Columbia University, where her MFA manuscript was the recipient of the David Craig Austen Memorial Award. She lives in Brooklyn.