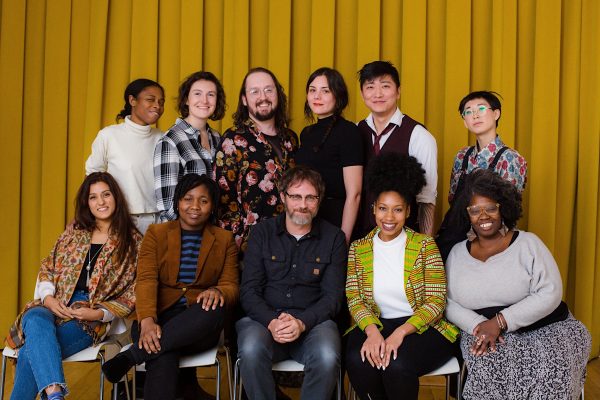 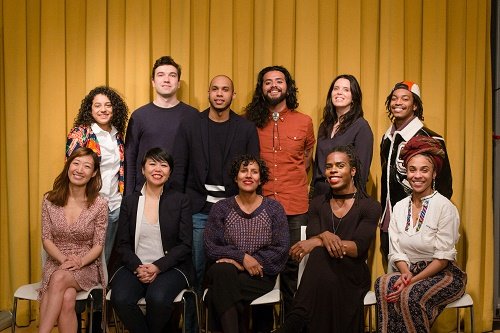 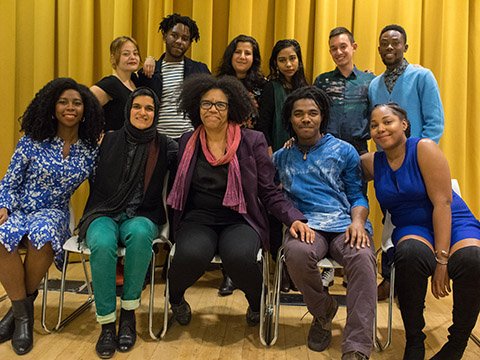 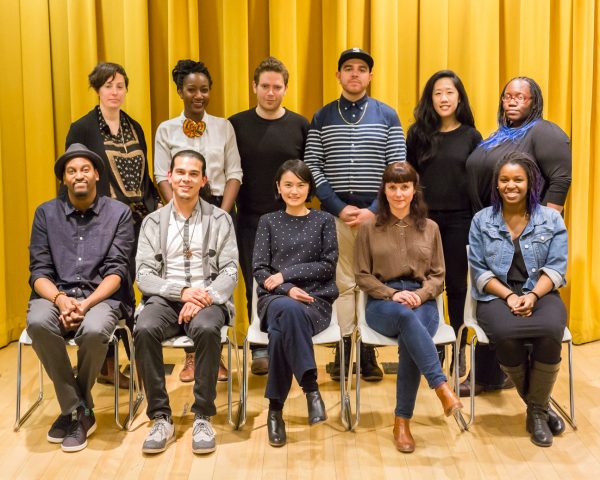 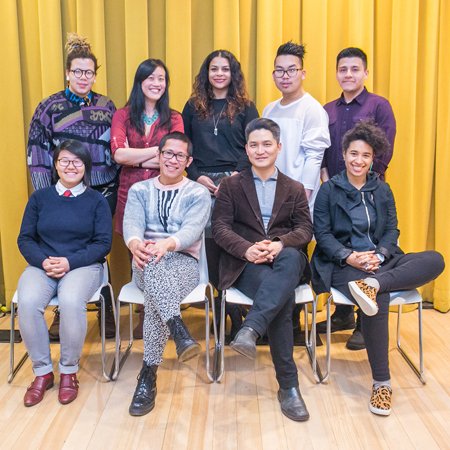 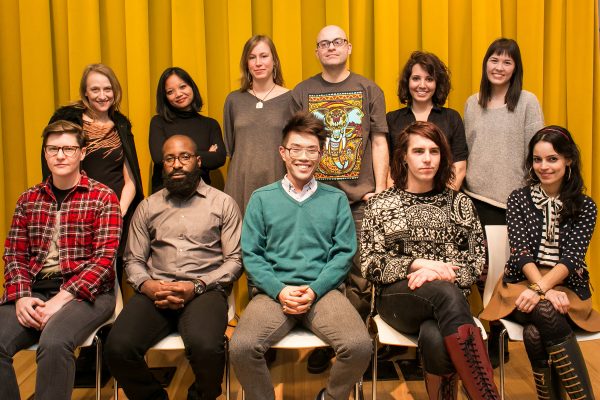 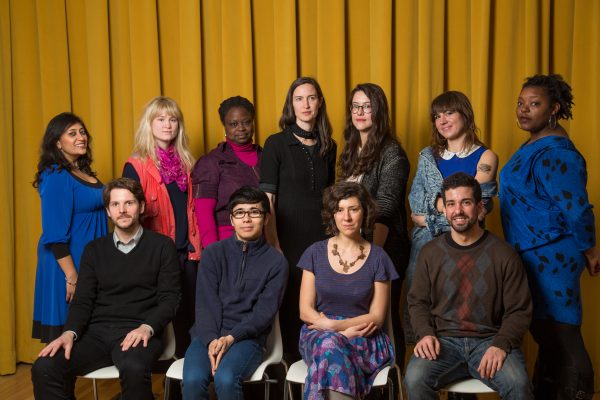 Application dates for the next Poets House Emerging Poets Fellowship will be announced in Spring 2020. Stay tuned!

Now in its eighth year, the Emerging Poets Fellowship at Poets House provides poets with an opportunity to receive mentorship, camaraderie, and support from distinguished and diverse faculty, experienced staff, and a cohort of engaged emerging poets. Fellows have access to Poets House’s extensive 70,000-volume library, unique archives, and wide-ranging programs. Tuition is free to those accepted into the program. Application to the Emerging Poets Fellowship Program is open to emerging poets living in one of the five boroughs of New York City.

All applicants must read our FAQ before applying. Only applications made through Submittable will be considered.

This is not a traditional MFA workshop. Fellows participate in a fifteen-week weekly workshop program led by the Workshop Coordinator, an established poet with deep affiliation with the poetry community. They will also meet one-on-one with the Workshop Coordinator and distinguished poets at times to be determined. They will become acquainted with the staff and inner workings of Poets House, a leading literary non-profit organization in service of poets and poetry. Fellows are encouraged to attend events at Poets House for free throughout the Fellowship. Special visits from editors and publishers are also part of the program.

Funded annually by a grant from the Jerome Foundation, the fifteen-week program facilitates the full development of poetic practice through weekly workshops, individualized mentoring sessions, poetic discussions with visiting poets, and roundtables with experts on performance and contemporary publishing. The program culminates in a final group reading at Poets House. 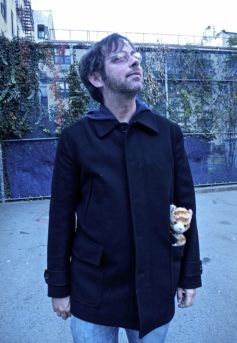 Anselm Berrigan is a poet, teacher, and editor. His books of poetry include Something for Everybody (2018), Come In Alone (2016), Primitive State (2015), Notes from Irrelevance (2011), and Free Cell (2009). He is also the co-author of two collaborative books: Loading, with visual artist Jonathan Allen (2013), and Skasers, with poet John Coletti (2012). He is the current poetry editor for The Brooklyn Rail, as well as co-editor with Alice Notley and Edmund Berrigan of The Collected Poems of Ted Berrigan (2005) and the Selected Poems of Ted Berrigan (2011). From 2003 – 2007, he was Artistic Director of The Poetry Project at St. Mark’s Church, where he also hosted the Wednesday Night Reading Series for four years. He is Co-Chair of Writing at the Milton Avery Graduate School of the Arts interdisciplinary MFA program, and he also teaches part-time at Brooklyn College and Pratt Institute. He received a Foundation for Contemporary Arts Grants to Artists Award in 2017, and in 2014 was awarded a Robert Rauschenberg Residency by the Robert Rauschenberg Foundation. He lives in New York City, where he also grew up in the late 1970s and through the 1980s. 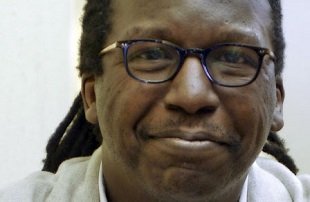 Cornelius Eady is the author of seven books of poetry, including the critically acclaimed Hardheaded Weather (2008), which was nominated for an NAACP Image Award; Victims of the Latest Dance Craze, winner of the 1985 Lamont Prize from the Academy of American Poets; and The Gathering of My Name, which was nominated for the 1992 Pulitzer Prize. With poet Toi Derricote, Eady is co-founder of Cave Canem, a national organization for African-American poetry and poets. He is the recipient of an NEA Fellowship in Literature, a John Simon Guggenheim Fellowship in Poetry, a Rockefeller Foundation Fellowship to Bellagio, Italy, and The Prairie Schooner Strousse Award. He is a professor at SUNY Stony Brook Southhampton. 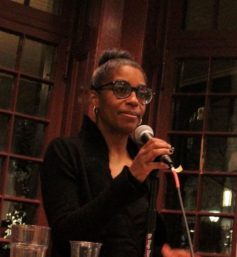 Simone White is the author of three collections, Dear Angel of Death (2018), Of Being Dispersed (2016), and House of Envy of All the World (2010), the poetry chapbook Unrest (2014), and the collaborative poem/painting chapbook Dolly (2008), with Kim Thomas. Her poetry and prose have been featured in publications such as New York Times Book Review, Harper’s Magazine, BOMB Magazine, Chicago Review, and Harriet: The Blog, and her honors include a 2017 Whiting Award, Cave Canem Foundation fellowships, and recognition as a New American Poet for the Poetry Society of America, in 2013. The former Program Director at The Poetry Project, she recently joined the faculty of the University of Pennsylvania, where she teaches Poetry and Poetics and African American Studies. 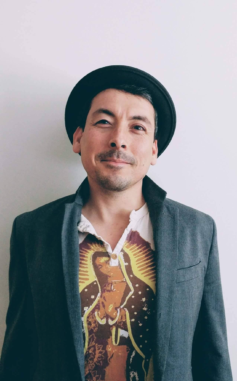 Steven Alvarez is the author of The Codex Mojaodicus, winner of the 2016 Fence Modern Poets Prize. He has also authored the novels-in-verse The Pocho Codex (2011) and The Xicano Genome (2013), and the chapbooks Tonalamatl, El Segundo’s Dream Notes (2017), Un/documented, Kentucky (2016, winner of the Rusty Toque Chapbook Prize), and Six Poems from the Codex Mojaodicus (2014, winner of the Seven Kitchens Press Rane Arroyo Poetry Prize). His work has appeared in the Best Experimental Writing (BAX), Asymptote, Berkeley Poetry Review, Fence, Huizache, The Offing, and Waxwing.