Field Work: Aligning Poetry and Science is a three-year program aiming to foster STEM learning through poetry. Together with natural history museums and libraries in Salt Lake City and Milwaukee, and the social science research organization Knology, Poets House has explored the benefits of aligning poetic and scientific thinking for increased understanding of the world around us, creating new interdisciplinary learning models.

“Poetry deepens and enriches the concepts of science, bringing emotional and psychological resonance to facts…Poetry fosters reflection and empathy, thereby exploring the ethical dimensions of science and technology.”

Poets-in-residence Alison Deming and Katharine Coles worked closely with museum and library personnel to develop dialogues between poets and scientists, science-based nature walks with poets and science educators, observation-based writing workshops, and place-based mapping and field research combining poetic and scientific thinking. Dozens of public events for all ages helped build new paths to science through creative use of language.

Poetry Paths in each city make these concepts part of the urban landscape.

Programming in Milwaukee began in fall 2018, with all 14 branches of the Milwaukee Public Library hosting Urban Wildlife workshops for children, who learned about animals native to the Milwaukee area and wrote poems about them. The Milwaukee Public Museum’s adult programming launched in February 2019 with The Botany of Beverages, an exploration of the tastes, science, and poetry of beer and other drinks, a teen poetry contest, concert, poetry walks, and Urban Wildlife workshops, plus an event to celebrate the opening of the poetry path in Spring 2019.

The Poetry Path in Milwaukee stretches between the library and museum. Learn more at Field Work MKE. 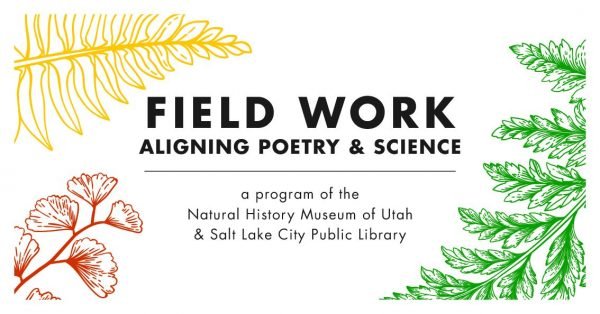 Salt Lake City programming began in September 2018, with Poetry-Science Café discussions between poets and scientists, including paleontologist Randy Irmis and archeologist Shannon Boomgarden. Other discussions featured an entomologist, a mammologist, and an anthropologist. These were accompanied by poetry readings, river walks, workshops, and lots of programming for kids of all ages.

Salt Lake City established Poetry Paths in two locations: along the Bonneville Shoreline Trail outside the museum and in the wildflower garden at the public library.

Exploring the role poetry can play in the desperate challenges of our time, Field Work Poet-in-Residence Alison Deming traces the intersection of art and our understanding of the natural world throughout history in the presentation she prepared for Field Work: Creating the Future: Art and Science at the Crossroads.

Bring Field Work to your community. Here’s how:

Download The Language of Conservation, which reports on a previous project exploring these ideas, for more information.

Our partners’ exciting programming and location-based projects for Field Work inspired us to replicate the project in New York City!

Listen to the Poetry & Science programs we presented: 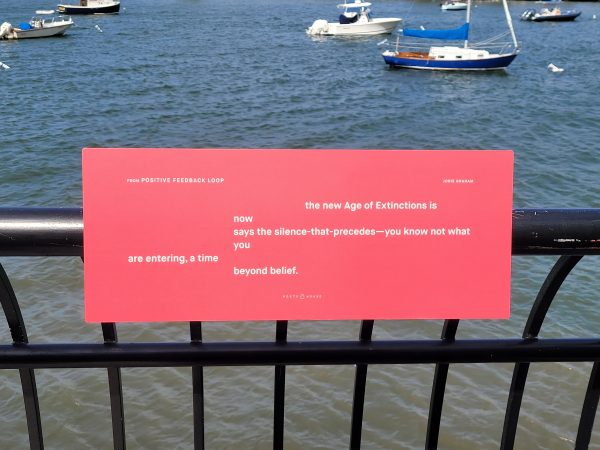 Field Work, funded by the national Institute of Museum and Library Services, will deepen the capacities of community-based anchor organizations; strengthen collaboration between institutions; support flexible cross-disciplinary thinking among professional staffs, visitors and city residents; and articulate new ways for literary arts and science to inform each other. As libraries and museums develop new facets of their traditional roles as places where constituents receive information, Field Work emphasizes the importance of these community organizations as partners in building community engagement and creating new, participatory models for public discourse and learning.