Wintry Woodcuts and Holiday Cheer from the Poets House Collection

Cocoa is steaming, fires are crackling, and there’s a chill in the air…there is no better time for poetry. Or, at least, that’s what Robert Frost and his fellow Christmas enthusiasts of the 1950s would tell you, all of whom wrote or shared stunningly designed holiday-themed items to celebrate the season. Here are some festive picks from our special collections that capture the style and festive spirit of a mid-century literary Christmas.

A Child’s Christmas in Wales

Dylan Thomas’ beloved look back at his Christmases past first took shape in 1945 as a spoken piece for a radio children’s hour. Caedmon, the woman-run record label remembered for pioneering spoken-word recordings, released a later version of it on their first LP, also read aloud by Thomas. The story was recorded as a last-minute B-side to a collection of Thomas’ poems and became a runaway success. Since then, A Child’s Christmas in Wales has been translated, adapted, and published dozens of times, establishing itself as a classic of holiday literature. Shown here are two notable editions of the work, both published by famed New York press New Directions. 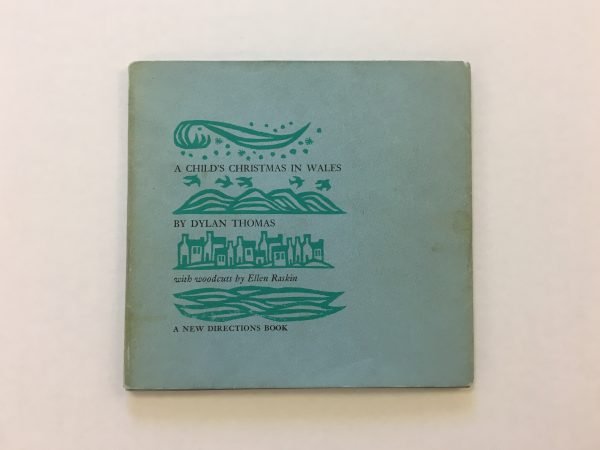 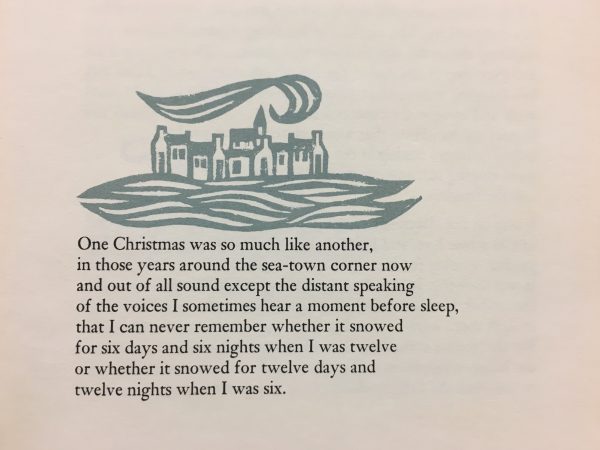 The 1959 edition, the perfect size for a pocket, is beautifully illustrated with woodcuts by Ellen Raskin. Raskin herself was an well-known author, winning a Newbery Medal for her YA novel The Westing Game. 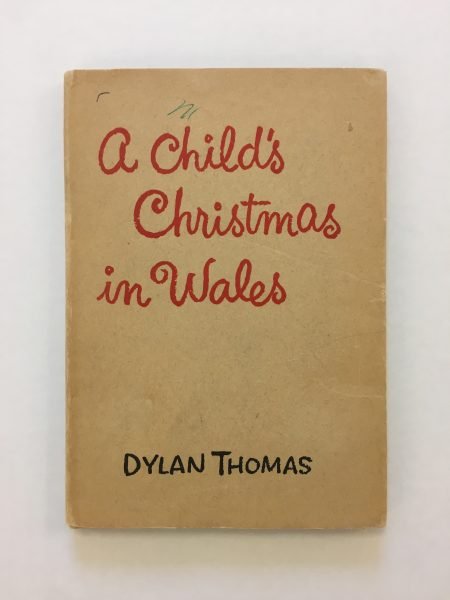 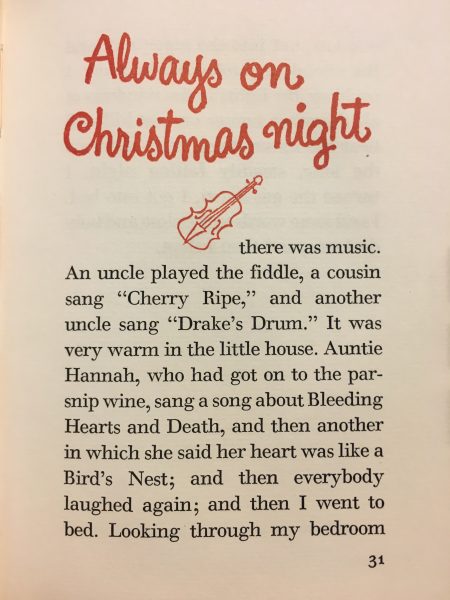 This edition from 1954—our copy scribbled on, perhaps, by a child on Christmas—was published posthumously. Closely following the work’s inclusion in Quite Early One Morning, a collection of Thomas’ work he began work on before his early death in 1953, this book marked the first time A Child’s Christmas in Wales was published on its own. The whimsical 50s lettering was created by noted cover designer and commercial artist Samuel H. Marsh.

Part of Poets House’s Elizabeth Kray Papers, this oversized Christmas card from T. S. Eliot was sent by the poet to our co-founder Elizabeth “Betty” Kray, his literary representative and friend. Kray, a great behind-the-scenes force in 20th-century American poetry scene, corresponded with hundreds of poets in her roles as arts administrator, poetry reading promoter, and leader of organizations like 92nd Street Y and the Academy of American Poets. (See more of Kray’s correspondence with Eliot, Frost, and dozens of other revered poets at Poets House’s new exhibition, Bettissima, open through April of 2019.) 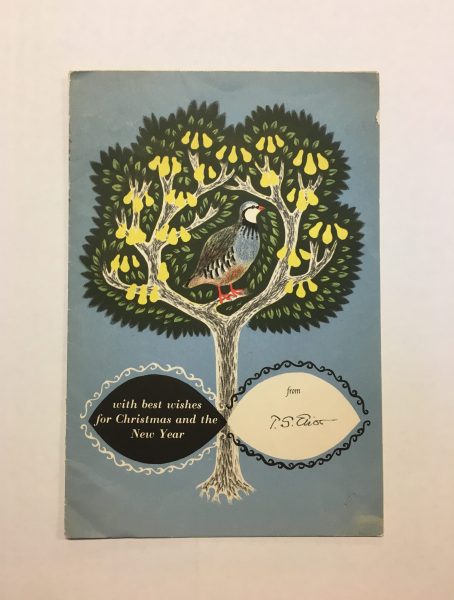 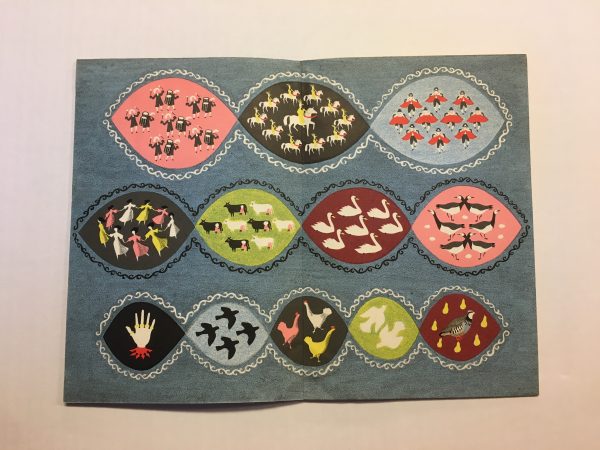 A literal take on the Twelve Days of Christmas, Eliot’s card portrays the familiar maids a-milking and golden rings of the song with distinctively 1950s illustrations that embrace the Scandinavian look and pastel colors so influential at the time. Designer Alan Howard illustrated many children’s books for Faber, a background reflected in this playful card.

Part of another Poets House exhibition in 2009, our Robert Frost Christmas cards were designed by Joseph Blumenthal at the Spiral Press as tiny holiday chapbooks themed around single poems. The first was created in 1929, and Frost fully embraced the format, sending 24 more, with the last published the Christmas before his death in early 1963. 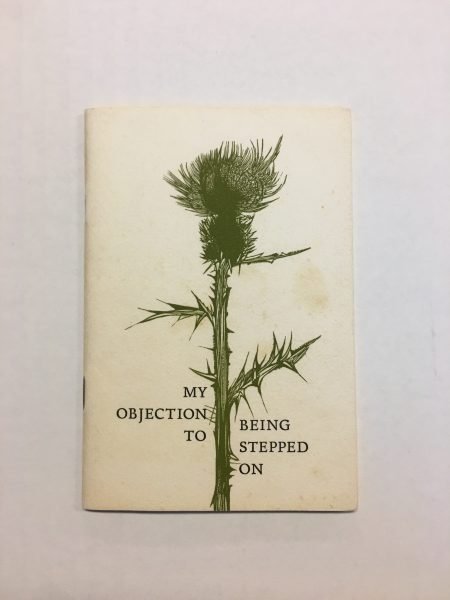 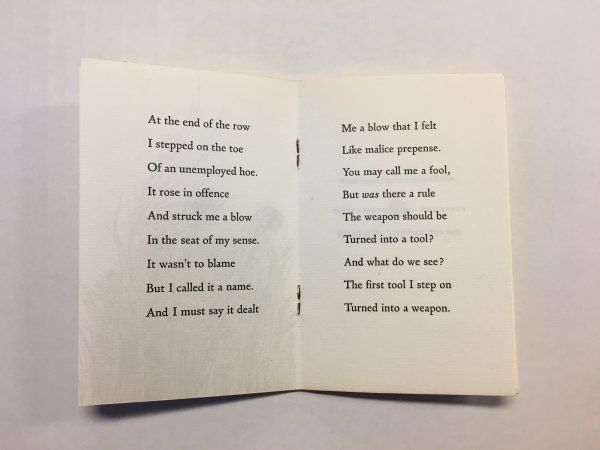 Frost’s 1957 card, containing his famous poem “My Objection to Being Stepped On,” shows off the simple, elegant design of award-winning woodcut artist Leonard Baskin. The thistle on the cover serves as a delicate link between the poem’s title (no one wants to step on a thistle!) and the green foliage of Christmas, helping this thoroughly un-Christmaslike poem to pass as a holiday card. 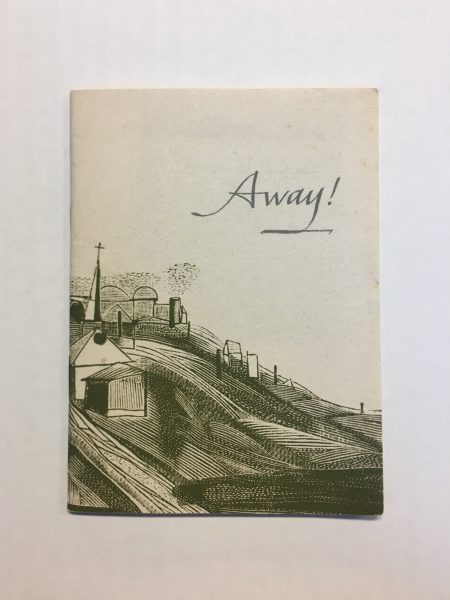 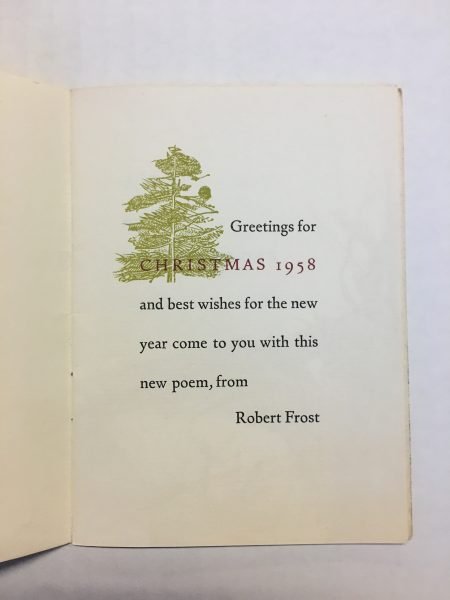 Printed 60 Christmases ago, this 1958 card’s design is a bit more in the holiday spirit, featuring dark green countryside and cloud-gray calligraphy designed by Stefan Martin, another noted woodcut artist. For a look at more of Frost’s cards, check out the New York Times article on our 2009 exhibition and its great slideshow of holiday Frostiana.